Some Facts You May Not Know about Mexico’s Independence Day

The first thing that surprises many is that Independence Day does not fall on the fifth of May (aka: Cinco de Mayo); a 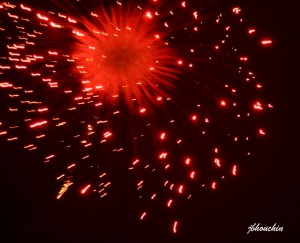 common misconception among the gringo crowd, especially in the U.S. of A. because of the overwhelming popularity of that celebration north of the border.

What happened on Cinco de Mayo was actually a regional, though important, mark in Mexican history commemorating the unlikely victory of a small, under equipped Mexican battalion led by General Ignacio Zaragoza over a much larger French army in an historic battle that took place in Puebla on May 5th, 1862. 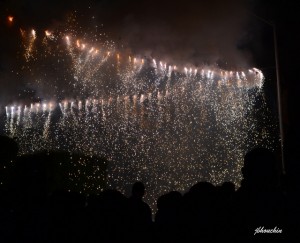 That battle became a source of inspiration and pride for the Mexicans still remembered every year, even though it proved a minor setback for the French who returned in 1864 in force with Napoleon III dead set on creating his own empire out of Mexico because of the growing power of its U.S. neighbor. The French took over Mexico City, sent Mexico’s beloved Benito 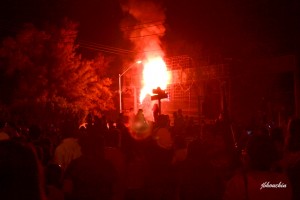 Juarez’ entire government into exile and ruled until the French withdrew in 1866.

Cinco de Mayo is what is known as an “optional” holiday in Mexico: kids have the day off from school but business closures vary from state to state—except in Puebla where they organize a life-size reenactment of the battle each year.

Mexico’s Independence Day is the 16th of September, and is also known by the date (Dieciseis de Septiembre) officially

celebrated from the evening of the 15th of September with serious partying through the wee hours of the 16th and all that day. Unofficially, it is celebrated the entire month of September, known as “el mes de la patria” or “the month of the homeland.” You’ve seen the flag wagons being pushed throughout the streets of  Rocky Point since the beginning of the month proudly displaying the national colors and majestic coat of 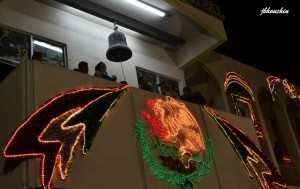 arms depicting an eagle perched on a prickly pear cactus with a snake in its beak. Patriotism, pride and unity is what September’s all about from the smallest pueblo to the Presidential Square in Mexico City, where the President himself rings the original bell that Father Hidalgo rang that night in 1810.

The Mexican War of Independence from the Spanish colonial authorities actually began on the 16th of September in 1810, but Mexico’s independence from Spain was not achieved until the Treaty of Córdoba was signed on August 24, 1821, ending 300 years of Spanish rule. 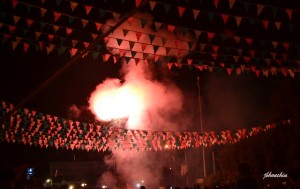 However, the war began in such a dramatic fashion that this date in September has remained a national holiday.  The drama is characterized by the memorable influence of legendary Father Miguel Hidalgo, the nationally revered saint-like persona of the priest Miguel Hidalgo y Costilla, a missionary of near unbelievable accomplishments in popularizing Catholicism, building 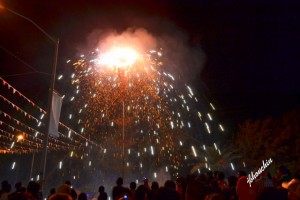 churches, exploring and mapping unknown territories over thousands of miles and leading criollos, mestizos and natives into organized religion, and eventually into the war of independence on the night of September 15th  (or depending on the version, the predawn hours of the 16th) in the bell tower of a small church in the little pueblo of Delores, Guanajuato,  from which Father Hidalgo rang the bell to gather his followers and cried out to the people to rise up against the Spanish Crown.

That plea for revolution became known as “el grito de Dolores” and the expressions Father Hidalgo uttered that evening are repeated by the highest political leader of every pueblo in the nation at 11:00 pm from 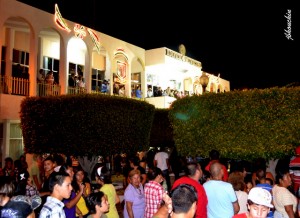 the city hall or other official locale to an audience that usually consists of almost the entire populous who have been making raucous merriment for hours prior. In  Puerto Peñasco that leader is none other than our Mayor Gerardo Figueroa Zazueta.  All present will participate in the cry along with the mayor which usually begins with an exalted accolade to the heroes who created the homeland such as “Vivan (Long Live) the heroes!” Eventually all are named, “¡Viva Hidalgo!” and down the list of the many true heroes who gave their lives in the name of freedom from Spanish tyranny. After “el grito”, the bell is 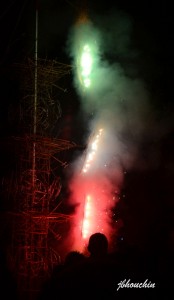 rung, the crowd breaks into uproarious cheers, the fireworks flare and seemingly impromptu musical groups begin playing all manner of folklore in almost every direction. It is an experience like no other and is not to be missed!

Mexican history is meaningful, inspirational, colorful, and heroic; it tells a story of faithful 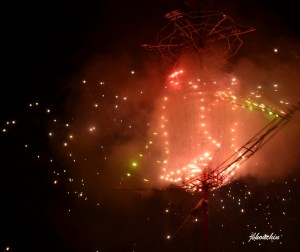 commitment to the cause of freedom at any cost.

If you are here in Rocky Point during this week of Independence Day, you’re encouraged to stop by one of the many colorful vendors and adorn yourself and/or your vehicle with the patriotic colors of green, white and red. Flags are just one of the many possibilities with which you can show your appreciation for this profound national tradition. There are wigs, mustaches, hats, ribbons, even green, white and red marking sticks to paint the nation across your face—or your unsuspecting friends face. Oh, and barrels of that compressed stringy stuff flowing at every angle!

To read more about Mexican Independence Day, check out any of the following sites: