But what a four day ride—and it just gets better each year! Starting with a great kickoff party at JJ’s Landmark 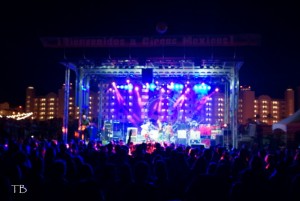 Cantina in Cholla Bay on Thursday June 11, with a lineup of new bands Roger brings each year along with the most popular from years past…and the jamming begins!

Thursday night is the reunion of old friends since hundreds upon 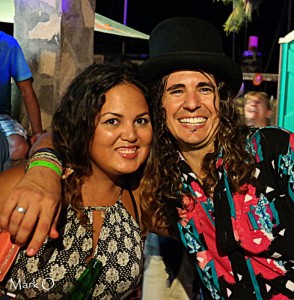 hundreds are loyal fans who return year after year and have made lasting friendships each year. The amiable

“Mañanathon,” an all day jam session back at JJ’s Cantina. We repeat, “What a ride !” 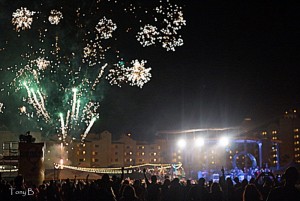 That Circus Mexicus gets better each year is an absolute fact that we’ve become accustomed to, and are never 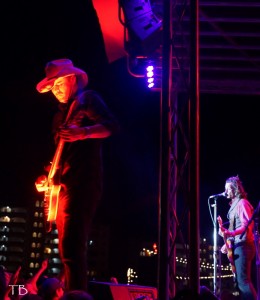 disappointed. This year Roger invited a record 10 bands who grooved and jammed day and night through 26 performances during the four days.  Also a first this year, Roger Clyne and the Peacemakers appeared on the Mexican Moonshine Main Stage both Friday and Saturday nights with completely different play lists each night plus three different bands opening for

them each night! This year the Mexican Moonshine stage was bigger with more lights and room to 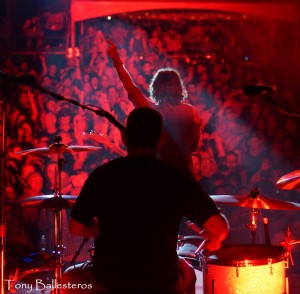 With more lights the crew could get even more creative than their past spectacular light shows, throwing a halo-like glow on the musicians, the entire stage and even transcending the acre of enthusiastic fans cheering the whole colorific extravaganza of lights, fireworks and excited rock and roll music! 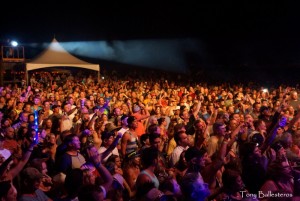 This Circus Mexicus XXIV brought a record number of

fans who donated a record number of items for the various charities that Circus Mexicus supports each year, including La Casa de Esperanza para Los Niños (The House of Hope for Children) and the Youth Sports Foundation. 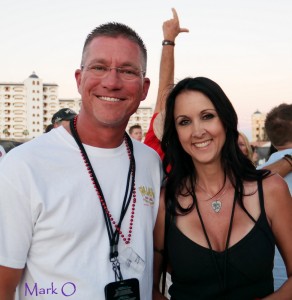 fans rock and roll to the wee hours to music from

who are wound up from

concert and continue their licks and lyrics on the outside stage at Bandito’s.  RCPM fans are always special fun loving folks ready to party, as our photos by Tony Ballesteros and Mark Olszewski clearly illustrate.  If you are not among these photos, please remember that we had nearly 4,000 fans to wade through and not enough space in this blog to post but a small percentage of well over a thousand pics taken!

If you haven’t attended a Circus Mexicus extravaganza yet, put it on your bucket list. In fact, Phoenix Magazine’s 101 Bucket List for things to do before you die listed Circus Mexicus Rock and Roll festival as #11 in their February 2013 issue! See you next June?