When efforts are 110% altruistic, only great goodness can result.  Yes, we know that 100% is a mathematical maximum in most uses. However, the Rotary Interact Youth Groups who come to Puerto Peñasco to build houses with Families Helping Families are

an exception to this otherwise hard mathematical fact. 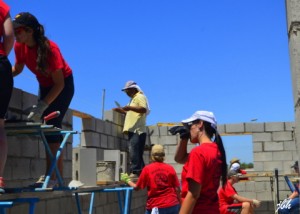 That’s because their passion, their ardent desire to help others goes beyond expending their energies during four days of hard labor to build three homes that were nothing but a foundation upon their arrival. That is the 100% of altruism in the equation. But there’s so much more they do before they even arrive that makes it possible to change the lives of deserving families: providing them with secure, stable and comfortable shelter so they can concentrate on raising their children, getting a better job and securing consistent income to create a positive environment for their kids. 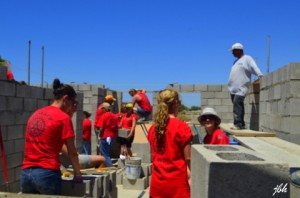 What each and every one of these young adults do to be a part the work force, which on most trips reach about 200, is raise all the money necessary to make the trip from Utah, by bus, pay for their meals and lodging while here, and most unbelievable of all, they also pay their portion of the supplies, building materials and in most cases even the furnishings of the very homes they build for those deserving Puerto Peñasco families. They also bring with them as many of their own tools as they can access, such as hammers, etc. We think that is what tips the 100% mark of altruism by at least another 10%. 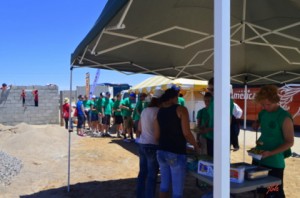 operation of the group travel and activities.  A task that could have been terrifying had that many young people been anything less than the caring bunch that they are!

This group of  approximately180 dedicated Rotarians, 130 of whom were 18 years old and younger, along with 40 20 year olds and older,  counselors (chaperones) from the Utah District of Rotary International Interact and Rotaract youth clubs headed by past District Governor, Penny Atkinson, arrived in our little slice of paradise by the sea on June 8th with the goal to build three more homes on a tract of land that already has six houses they’ve built over the last two years. And that they did! 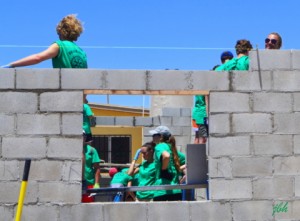 As it has been for the last five years, this was a joint effort of the American Nonprofit Corporation, Families Helping Families Mexico, Inc, their Mexican Nonprofit, Casas Perpetuales Parker, AC and Rotary International.

An important key to the project is construction organization and non-profit administration which has been provided by Families Helping Families (FHF) veterans, Ralph and Janene Pew and Jared and Marsha Parker.  Ralph handles the land and title as well as other aspects of the two non-profit entities, while Jared, who owns Silverado Remodel out of Salt Lake City, shares his expertise with the eager youngsters throughout the construction project.  Key FHF volunteers like Rod and Diane Herbert work with the Rotarians to complete the interior furnishings of these new homes and assist where ever needed.

Awaiting the group’s arrival at the site on Monday morning of June 9th were three concrete foundations of 1000 sf each, stacks 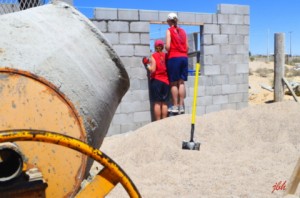 and stacks of concrete blocks, piles of 2X4’s, several cement mixers, saber saws, an arsenal of nail guns and all the other tools needed to build three houses by Thursday afternoon. 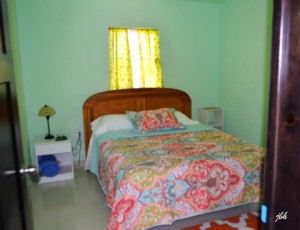 During these four days, the adults were
busy detailing and furnishing two of the six houses not yet presented to the new recipients whose applications had been accepted by Casas Perpetuales. All new appliances and furniture were arranged for and installed. 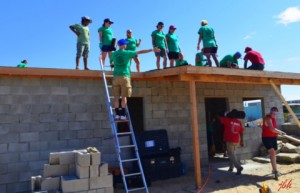 The name for the Mexican non-profit, Casas Perpetuales (Perpetual Houses in English) was chosen because what makes this all work is the willingness of the grateful recipients to make regular monthly payments for their homes, and to devote time to helping wherever possible to complete homes for others to enjoy, thus perpetuating the program.

Margarita (Maggie) Gama Núñez, a very special recent recipient of one of the six houses on that same tract, is a great example of the FHF concept a 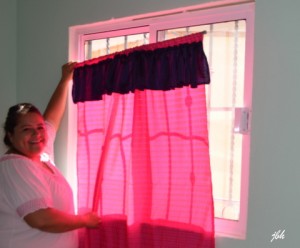 t work. Maggie has given 24 hour care for her 14 year old severely brain injured daughter, Alejandra, a victim of infant vaccinations that went terribly wrong when she was just two years of age.  But her gratitude for the life changing home she now occupies she expresses by using her seamstress skills to make all the window dressings for the new FHF homes since she moved into her own. For her touching story click on https://www.sonoranresorts.mx/?p=11546 .

All was ready for the scheduled Friday morning presentation ceremony, which was attended by 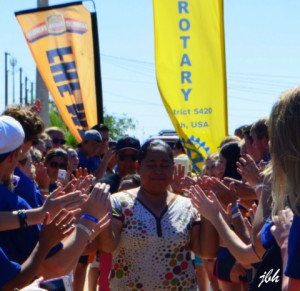 Mayor Prof. Gerardo Figueroa Zazueta who has supported this project since he took office two years ago. Ralph introduced the families and active supporter, restaurateur Julio 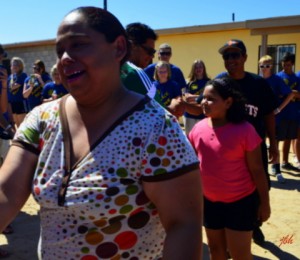 Valenzuela (Mare Blu, Portofino) handed over the keys as they made their way to the front door through the high fives of two rows of proud young Rotarians who had worked on these two homes during their last trip.

The two teary eyed and speechless families, were grateful beyond words as they pierced the threshold of a brand new life. Carlos Alberto Valverde followed his wife, Margarita Martínez 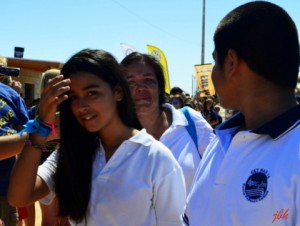 Grijalva and daughter Tania whose smile told the story of her dreams. Meanwhile, across the narrow way, María de los Angeles Zaragoza Valdez, nearly overcome with emotion was comforted by daughter, Zaira Viriyuana and her sons, Juan Leonel and Angel Ricardo as she received the keys to her dream home. 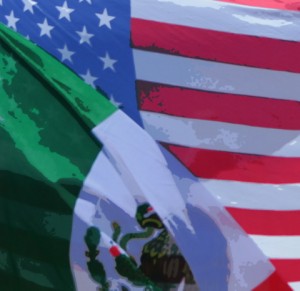 The beauty of it all? This is no dream. These phenomenal organizations will be back again and again to spread their kindness in such a lasting way. Let your heart be warmed by knowing there are young, selfless, caring citizens, our future leaders, who are proud to live the Rotarian motto: “Service Above Self”!