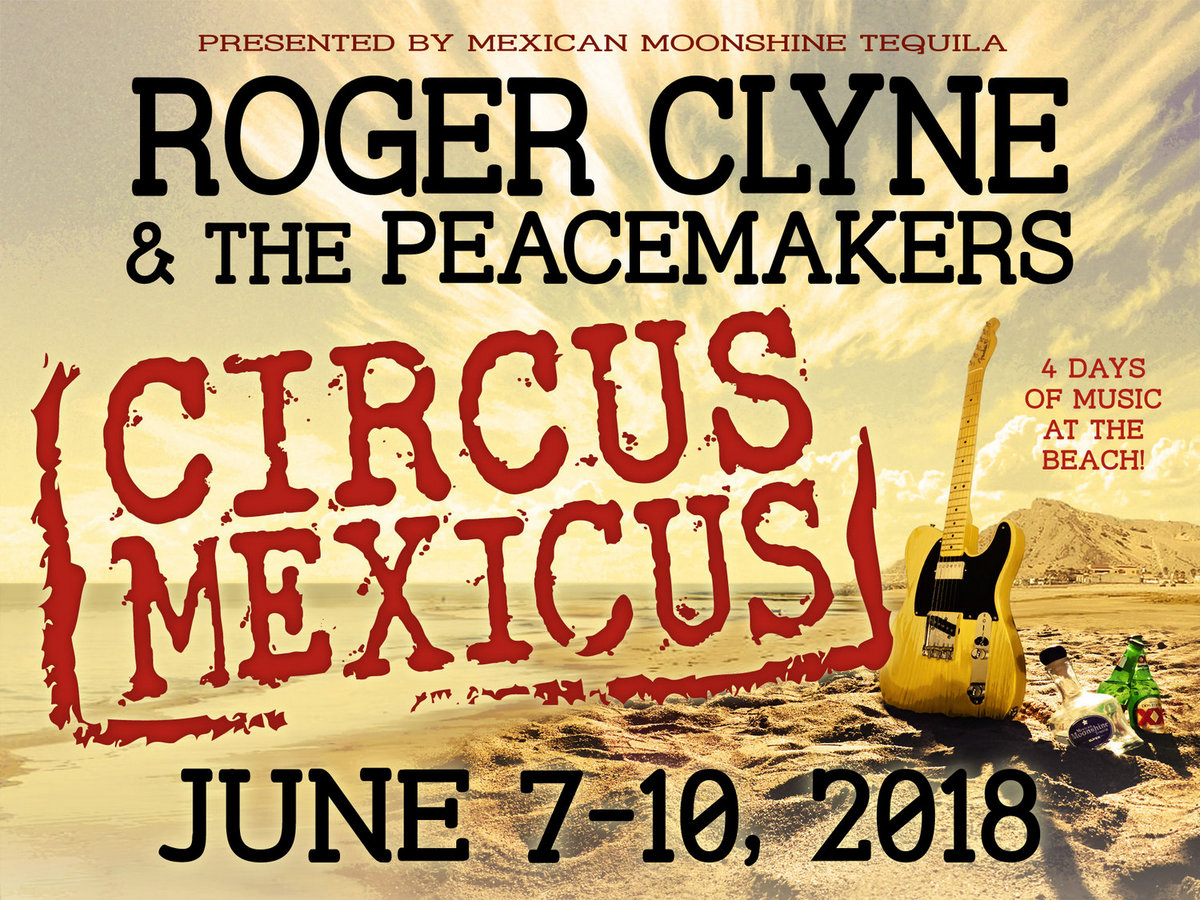 Each and every year, as we mingle through the thousands of dedicated RCPM fans—most of whom regard Circus Mexicus as the   zenith of their passion for rock and roll and a form of payback for their unshakable loyalty to Roger’s creative contributions to the genre over the last two decades—exclamations of delight resound with expressions of awe, amazement, appreciation, wonderment, surprised discovery and flow consistently, no matter which venue or which artist may be performing.

One of the most common of these utterances comes in the form of a general but valid question, “How are they going to top this next year?” Indeed, a valid question in light of not only the noticeable increase in attendance year over year, but in the number of talented acts and venues selected by Roger and his team of skilled organizers whose intuitions have launched and/or embellished the careers of many other touring and recording bands through their app 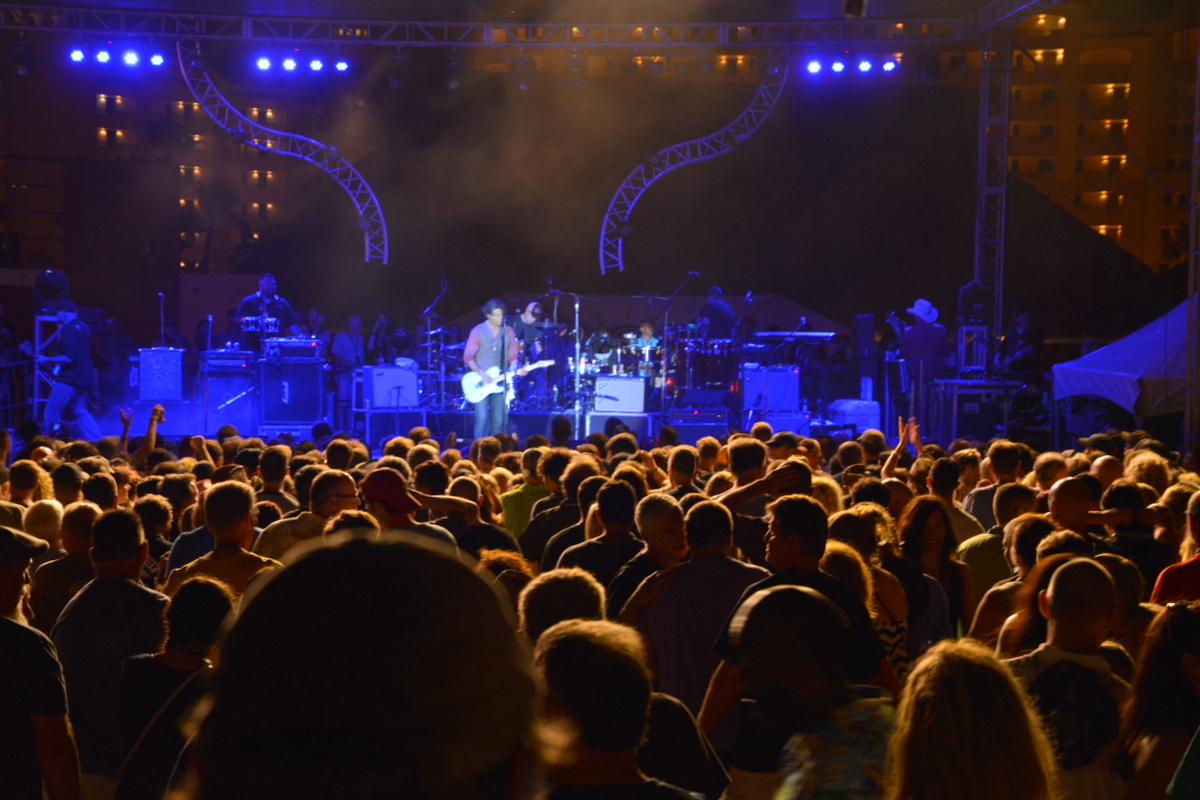 As this highly anticipated musical phenomenon grows each year in-depth and breadth of fans, musicians and venues, so grows the legacy of Circus

Mexicus as an exciting international music festival that annually draws fans by the thousands from over 40 states and up to 7 countries.

It is easy to understand that a music festival full of well-selected talent would probably become a popular event in any accessible location. But, when amazing talent combined with detailed organization is assembled and takes place in a dreamy slice of paradise like the golden sandy beaches of the friendly sea-side fishing village of Puerto Peñasco in Sonora, Mexico on the Sea of Cortez, well, success becomes exponentially easier to visualize.

The other side of Circus Mexicus: A Shining Light of Hope

What makes Circus Mexicus so important to the local community is that Roger Clyne and the Peacemakers (RCPM) as well as their fiercely loyal fans, also known as Peacemakers, are characterized by their generosity, compassion and love of Mexico, its culture and the friendly Mexican spirit so well represented by the local citizens of Puerto Peñasco (aka Rocky Point). This generosity by everyo

ne involved in every aspect of Circus Mexicus from fans to bands has created the atmosphere of caring, sharing and charitable contributions which have made a tremendous impact on the local economy, organizations and individuals through the many charity fund- raising activities that have been organized since the beginning of Circus Mexicus.

While this little fishing village has benefitted from the compassion of many Americans who fall in love with the scenic beauty, colorful ambience and deserving people, Roger’s friends and fans have made helping in every way possible their principle core value. They are not just willing to help in the community, but enthusiastically look for segments of the society where they can make a difference. As intimated earlier, as Circus Mexicus grows, so grows the opportunity to share their success for the betterment of the community. And they do it well!

The number of organizations, groups and individuals they’ve helped through the years is impossible to list entirely, but among those in the last few years who have received donations either in-kind or in cash, include drummer PH Naffah’s favorite local charity, Casa de Esperanza para Los Niños (House of Hope for Children), a prominent and important shelter for disadvantaged kids. Every year, fans bring items listed on the shelter’s wish list, which is put together by local expat residents in meetings with the shelter directors. This is a charity that fans, including you, help with by placing the wished-for items on a trailer parked near Will Call at JJ’s on Thursday night and Bandito’s Friday night. Please visit www.circusmexicus.net/philanthropy to review the shelter’s Wish List and see what you might have that you can bring down.

The group has used the funds from their Shake, Raffle and Roll for donations to Casa Hogar, La Montaña School for special needs children, Adopt-a-Classroom, founded by Mark and Barb Olszewski who also help with getting the wish list together for Casa Esperanza and work with several other charities.  You can check our Potpourri Page for information on Barb’s annual Great Rubber Ducky Race that will happen on Sunday June 10th. Tickets for both these events are very popular because of the valuable prizes you can win. For just one example, how would you like to introduce RCPM from  the Mexican Moonshine Main Stage Saturday night? 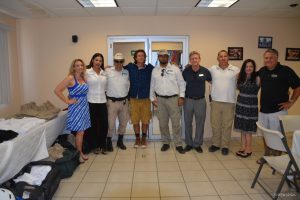 e its inception a few years ago. Soccer team members and fans bring all kinds of sporting goods, whether found in a dark corner of their garage, or purchased at sales during the year, the equipment always finds an enthusiastic future sports star! What’s in your garage?? 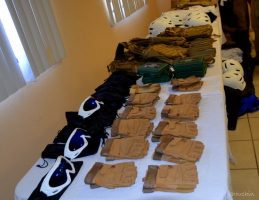 Funds from Circus Mexicus charity events were also used to provide uniforms and equipment for the Tourist Assistance Unit, formed by Mayor Kiko Munro, made up of trained individuals who serve in tourist areas around town and have proven the need for such a unit by contributing to the safety of visitors as first responders to accidents, applying first aid on the beach to victims of jelly fish stings, reuniting lost children with their parents, providing directions to disoriented visitors and even jump starting Rhinos stuck in the desert. They have also served as security at the last several Circus Mexicus events. Donations by Roger’s group have included uniforms, boots, hats, helmets, gloves, first aid kits, safety goggles, back packs, shirts and pants among other necessities.

The philanthropic activities of RCPM, Circus Mexicus, the entire organization staff and many hundreds of fans have provided help throughout the community and endeared them to the people behind these great musical events. Even more wonderful is Roger’s standing commitment to these efforts and the fact that no one is doing this because they feel they have to. They do this because of the kind and generous human beings they are.

As Peacemaker fans, if you aren’t already, you can participate by clicking on Philanthropy at www.circusmexicus.net.