About 9 years ago Grant Walker, then living in Mesa, founded an organization called Families Helping Families with an objective to build a home for a needy family in Puerto Peñasco which he loved so much. He found valley real estate attorney Ralph Pew and his wife, Janene who recruited their friends from Utah, Jared and Marsha Parker. The Pews and Parkers got hooked on the goodness of the project and it became an annual affair with them recruiting more families to donate the time and money to come down and build a house every Christmas; families like Rod and Diane Herbert who we wrote about last week and who connected us with Jared and Ralph for this story. 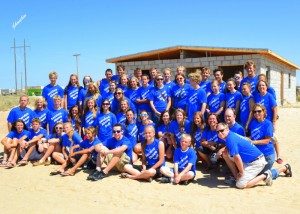 When Grant relocated to Thatcher and it became difficult for him to make the annual trek to build homes, Ralph and Jared agreed to take over the now annual project. Jared is a respected contractor in Salt Lake City and was able to streamline the plans and improve the finished home as well as speed up the construction time. Each year at Christmas time they all recruited families to come to Rocky Point and build a house for a family they had found and qualified through the local Church of Jesus Christ of Latter Day – Saints (Mormon Church) in Rocky Point.  They also enlisted the generosity of Gus Brown who donated land on the edge of his property on which they have built seven homes now occupied by deserving local families. 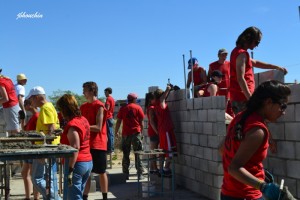 Three years ago, Jared met up with the Utah Rotary Club leaders who got excited about the possibility of recruiting their youth service groups, Rotary Interact (Jr. High and High School age) and Rotaract Clubs (College age) to get involved. Together they set up a separate project date for the summer to accommodate the school schedule of the Rotary Youth volunteers.

The first summer 20 kids raised enough money to pay for their trip and donate towards the expense of building a home.  The second year the number of young service-oriented Rotarians totaled 70 motivated participants.  By this year, the third year of the program, through mostly word of mouth among the youth organizations the number of youngsters more than doubled to 180, plus group leaders, chaperons and parents for a total of 240 people. 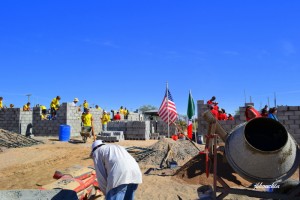 The group, ranging in age from 13 to 20, arrived on Sunday the 10th of June and on Monday went to the site that consisted only of stacks of block, bags of concrete, tools and three concrete foundations. Ralph and Jared had previously contracted to have the supplies and foundations ready for the group so they could begin immediately on the miraculous job of completing three 1,000 square foot homes, including the roofs, window and interior framing by the following Thursday— that’s four days!. 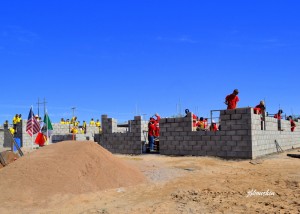 These photos begin on Tuesday morning, the second day and already the block laying is nearly to the top. It was an amazing sight: the teams distinguished by brightly colored T-shirts of yellow, red, blue and green sprouting like desert flora from every angle of the block structures inside and out, all diligently devoted to their assigned jobs and working non-stop throughout the long hot day, proving their commitment to the Rotary slogan, “Service Above Self”. The slogan they wore proudly on Friday morning, group photo day. The American and Mexican Flags flew proudly each day in front of the project. 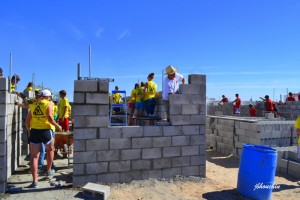 What you need to know about this very special group of young people is that their commitment to the project went far beyond the time and hard work of building three homes in those four days down here in Rocky Point.  Each of the kids started much earlier raising their own money, nearly $1,000 each to pay for not only the trip down, food and lodging, but also the cost of each house they built. They sold oranges, mowed lawns, held garage sales and performed many other creative jobs to raise the money and participate in this project.  That is true commitment, dedication and action toward fellow human beings in need. It is also an inspiring attribute that says a lot for our younger generation. 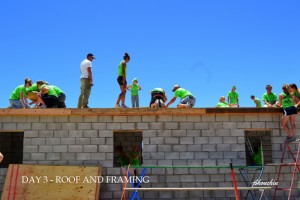 Ask anyone of them why they were here, and the answer most cited would be simply, “To make a difference.”

Nor were their efforts confined to building the three homes in a seemingly impossible four day span.  One group each day accompanied the Rotary Literacy Project committee, lead by Tere Moore and served six morning and afternoon class sessions in three different buildings providing supplies and cultural exchange programs for the schools.  The group distributed $5,000 in school supplies as well as 600 pairs of shoes. 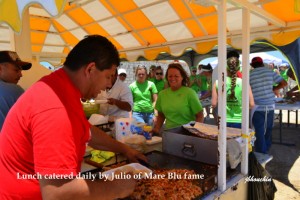 A group of past, present and future Utah Rotary officers and leaders, met with a group of interested local residents and conducted progressive discussions on forming an active Rotary organization in Puerto Peñasco with the help and guidance of the Utah Rotarians. If you live in Puerto Peñasco and are familiar with the Rotary clubs, have ever been a member or would like to be a part of this worldwide service organization, please contact: 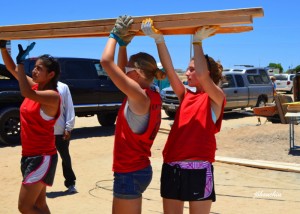 As far as the overall project and home building effort goes, for both the Families 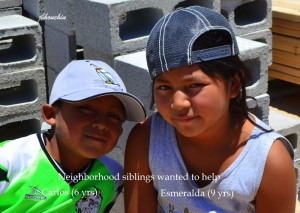 Helping Families in the winter and supported by the Rotary Youth partnership in the summer, what is so admirable about it all is that no one takes one penny for their efforts or expenses. They all pay their own expenses for every trip, use their own tools. Between Ralph and Jared, they make many trips down each year to purchase lots, hire and organize the labor to pour foundations before the families arrive and after the home is built, to finish the drywall, 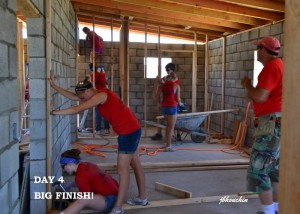 stucco and install all the fixtures and appliances.  These duties require thousands of miles a year in travel mileage and time alone, all at their own expense. Let’s not even count the days away from their primary career responsibilities that it takes to serve their fellow man. 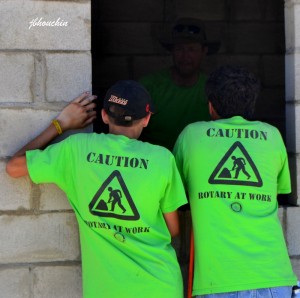 If you don’t live in Rocky Point and find the idea of Families Helping Families worthwhile and intriguing, you can learn more by contacting Ralph Pew at ralph.pew@pewandlake.com  or Jared Parker at silveradoremodel@gmail.com . 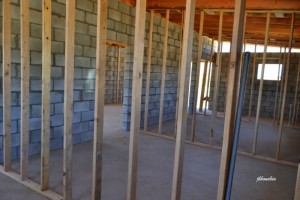 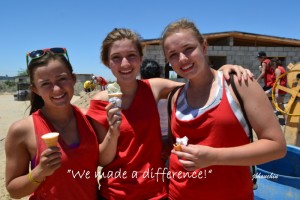 The Families Helping Families and the Rotarians of Utah, both as individual organizations and as partners in Puerto Peñasco, take caring to a higher plateau. 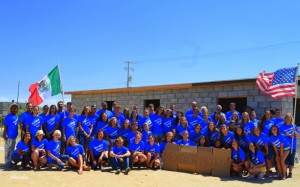