English Language: Partly Cloudy with an Excellent Chance of Communication 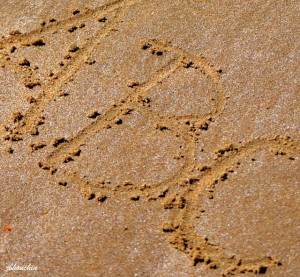 this) enough yet to go look them up? Well, give your brain a break and your conscience some relief because we hit a milestone in the crazy department and looked up the answers to some of the questions you never thought you’d get answers to. For example:

How many words in the English language?

The Second Edition of the 20-volume Oxford English Dictionary contains full entries for 171,476 words in current use and another 47,156 obsolete words.  For comparison, the most popular Spanish dictionary contains 100,000 words.

If you count inflections, derivatives, distinct senses, words from technical and regional vocabulary and words yet to be published, the number of words in the English language can still only be estimated.  That estimation is approximately three quarters of a million words.

Does English have the most words of any language?

Although this is impossible to answer definitively due to historical reasons, according to Oxford Dictionary resources (apparently the only lexicologists brave enough to tackle this question) it is probable that English does have the most words of at least any of the comparable world languages.

Historically, the English vocabulary has grown steadily through the influence of several major world languages. It was originally a Germanic language deriving a lot of grammar and basic vocabulary from Dutch and German.  English was also hugely influenced by Norman French when it became the language of the ruling classes after the Norman Conquest of 1066.

Always receptive to new forms of linguistic expression and definition, English was also heavily influenced by Latin as it became the language of scholars and of the Church; and Greek as it gained world status as the language of mathematics and the sciences.  Consequently the English vocabulary grew exponentially with the sum of the individual influences from Norman French, Latin, Greek added to its Germanic origin.

The only linguistic “monkey wrench” to a sure bet that English probably has the most words is that to even assume this we must ignore the handful of agglutinative languages such as Finnish, Hungarian, Turkish, Korean and Swahili that allow words to be stuck together ad infinitum for definitive description or expression purposes, which therefore can create an infinite number of words.

With all the above information under our belt, it’s amazing to note that out of some 750,000 words these following strange lexicon phenomena would exist:

Dreamt is the only English word ending in –mt.Unless you count undreamt, as in technological development is at a pace undreamt of just a decade ago. (sic.2nd EOED).

Angry and hungry are the only two words in current English that end in –gry..

There is only one eight letter word in the English language that contains five consecutive vowels: Queueing.

Underground and underfund are the only words in the English language that begin and end with the letters “und.”

There are only four words in the English language which end in “dous“: tremendous, horrendous, stupendous, and hazardous.

Other fun facts about English:

There are more English words beginning with the letter “s” than with any other letter. (This is mainly because clusters such as ‘sc‘, ‘sh‘, ‘sp‘, and ‘st‘ act almost like independent letters.)

The most common consonant in English is “r“, followed by “t“.

The most common vowel in English is “e“, followed by “a”.

The overall most common letter in English is “e“.

The most frequently used word in the English language is “the” (it was used three times in this sentence alone). Note: The most commonly used word in conversation is “I”.

The book Gadsby (not to be confused with “The Great Gatsby” by F. Scott Fitzgerald), written by Ernest Vincent Wright, has 50,110 words, none of which contain the letter “e”! Called a lipogram, the book was published in 1939. When typing the final manuscript, Wright actually tied the “e” key bar back to avoid inadvertently slipping the letter in. It was appreciated mostly by other writers who knew how difficult the undertaking was.  However, according to a Bookride blog of February 2007, the book’s scarcity and oddness has seen original copies priced at $4,000 by dealers.

The word “set” has more definitions than any other word in the English language.

If you spell out every number from 0 to 999, you will find every vowel except for “a“. You have to count to one thousand to find an “a“!

The only letter in the alphabet with more than one syllable is “W”.

The English word “therein” contains ten separate words without rearranging any of its letters: the, there, he, in, rein, her, here, ere, therein, herein.

These are just a few of the fascinating facts we found searching through nearly a dozen websites and verifying them through several more scholarly resources. All in all, you should find yourself at least 132% smarter after reading today’s blog!.