Auto Theft is Infrequent in Rocky Point and This Might be the Reason Why….

Puerto Peñasco is so much more than a friendly beach town for rest and relaxation. Once again, our residents have proven how quickly they can come to the aid of visitors in those rare situations when something does go wrong. 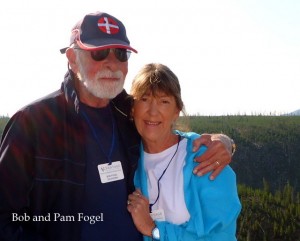 In the case of Sonoran Sea Resort owners, Pam Ross-Fogel and husband Bob, they were recipients of a full and impressive dose of the kind of caring action that our residents are capable of pouring forth when the going gets tough.

The Fogels were in town in June when Pam decided to go snorkeling, one of her favorite hobbies. She naturally stopped by the Dive Center in the Sonoran Sea lobby to get equipment from her friends Erika Reyna and Daniel Guemes. Pam and Erika had become friends down here from one of Pam’s first trips after purchasing their condominium at the Sea when Pam, from Tulsa, Oklahoma discovered that Erika had lived in Tulsa as a nurse.

Erika decided to leave the shop in Daniel’s good hands and go snorkeling with her friend. After a quick stop at their boat to pick up the snorkel gear and leave Erika’s purse on board, the two ladies headed to the Mirador in Pam’s Black Mustang, and by 3:00 o’clock the two had parked Pam’s car near the Granada Hotel and walked the access road to the beach.

After a brief discussion about whether to leave Pam’s swimsuit cover-up with her keys and Erika’s iPhone on the beach, since Erika had done the same many times on that beach and Pam had done so on the beaches of St. Kitts where she lived for three years, it wasn’t a major decision, and off into the sea they went.

Upon their return to the beach after nearly an hour in the water was when they discovered the cover-up was missing, along 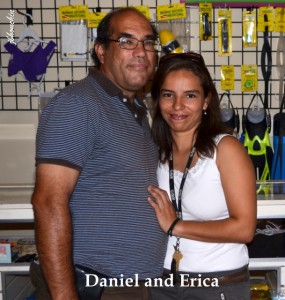 with the car keys and iPhone. Then they discovered the car was gone as well. They ran to the Granada Hotel and the front office clerk called the police and reported what they had told him. The police said they would begin monitoring all cameras on the roads out of town to make sure the car didn’t leave the area.

Within 10 minutes two police officers arrived at the hotel parking lot and one immediately began going from establishment to establishment along the beach trying to locate witnesses. Afterward the officers gave Pam and Erika a ride to the police station to file a report. Pam was further impressed by how seriously the police took this incident when, on the way to the station, the officers spotted a car matching the description of the Mustang, made a quick U-turn and confirmed that it was not the stolen vehicle. The officers continued looking carefully at all cars on the way to the police station. At the station a police woman took their report with Erika translating  and recounting the incident.  Afterward, they were told that the D.A. would be the one to help them further.

Daniel picked up Pam and Erika at the police station and took them back to the condo get the car title and insurance papers as well as Pam’s husband, Bob. While at the condo Pam called Rosie Glover who sold them their insurance policy through her company, ProAlliance Insurance and Rosie offered to come to the police station with them. Even though Pam told her that Erika and Daniel would be with them to talk to the D.A., Rosie still showed up at the station, and had called her adjustor, Jesus, who arrived and also stayed with them until they finished the report. At this point there were four residents who had dropped everything to help, not forgetting that Erika and Daniel have two small children plus their business.

Their efforts didn’t stop there; even though it was now well into the evening of Wednesday.

“Strangers on Facebook and on the Rocky Point Talk website put the theft on their own pages and spread the word. Sandra O’Hare let people know on her ‘network’ of friends in [Puerto Peñasco]. The security guards at Sonoran Sea and the people in the HOA office offered to keep an eye out for the car when they were in town. Everyone was so kind to us and genuinely concerned.”

Keep in mind that all this activity has taken place and it’s still Wednesday,  only a few hours since the time the theft took place.

With all the bases covered, surely it wouldn’t be long before some kind of lead came up, right? Right! Thursday morning, Daniel’s Facebook page drew a phone call from an individual who asked if there was a reward for leading them to the vehicle. Cautiously, Daniel told the man that if it was in fact the car in question, he would look into a reward and sent the man to confirm the license and state it was registered in. When he called later with the correct information, Israel Camacho Ruelas, 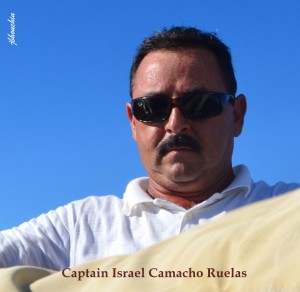 the captain of Erika and Daniel’s boat drove Pam and Bob along with Erika and Daniel to meet the young man and identify the vehicle. They called the police to the location of the car which was behind some condos just about two blocks from the beach where they had originally parked their Mustang.

Several police officers arrived including a finger print technician and inspected it completely and “very professionally,” added Pam. It had to be impounded until the next day, Friday morning, as the D.A. had to write a report and issue a form to prove the car had been recovered before they could head to the border on Saturday.  Once again, Jesus, Erika, Daniel, and Israel were with Pam and Bob the whole time.

On Friday morning, Erika again rearranged her schedule to accompany Pam and Bob to the D.A.’s office where they received a copy of his report that would get them across the border, and picked up their Mustang. Jesus was also there again to take some final photos of the car.

Due to the quick response of more than a dozen concerned residents of Rocky Point, the vehicle was located in less than 24 hours from the time it was stolen, and the Fogels were able to drive it again in less than 48 hours, including completion of all reports and issuance of all necessary forms by the police. With action like that, no wonder car theft is pretty rare in our little slice of paradise by the sea!

Pam summed up the experience so eloquently, “It was such an incredible experience. Of course, the actual theft was very upsetting. But we realize that this could have happened anywhere – probably much more often elsewhere than in Puerto Penasco. (Both the police officers and Rosy said car theft is rare in Rocky Point.) We also know that the response from the police in other places here in the US or any other place, could have been less professional and kind than what we experienced in PP. It is important that people know how helpful and excellent the police were. 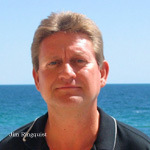 “The fact that people were willing to put their own lives and needs on hold to help us was remarkable. Ericka and Daniel took us to their hearts and made us feel like their family. Rosie was kind and professional above and beyond! Jesus was there every time anything happened! Jim Ringquist found us a way to get to Tucson to catch our train in the event the car wasn’t found. He had four options for us. When the car was found, everyone was as happy as we were! What a place!!”

How’s that for a great attitude about Rocky Point, this unfortunate incident and for enjoying life’s roller coaster ride in general?