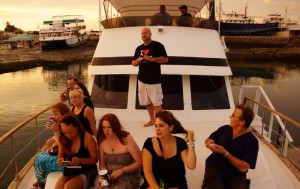 It was cloudy, and a bit warm, but to the group of 34 generous folks who came aboard Adolfo’s 54’  “About Time” to witness the second full moon in the month of August, the clouds made for a colorful sunset, and the heat, well that’s what it’s like in the 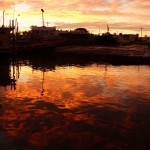 desert during August.  In other words, nothing could dampen the spirit of this party. 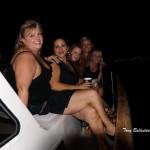 With all the beer and Margaritas they could drink, plus plenty of chips and salsa, and the satisfaction of knowing they could help the Rolling Rockies toward their goal of getting to some invitational exhibition games, possibly getting closer to buying a used van to help them get to these out of town events, the partiers were full of jokes and laughter and feeling good all over the boat all night long. 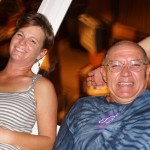 The Blue Moon peeked out from the cloudy sky on several occasions for photo ops, many with the colorful 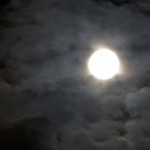 skyline of Sandy Beach resorts in the background. The 34 passengers seemed to scatter nicely throughout the well designed vessel and found a comfortable place to relax and enjoy the music and camaraderie that 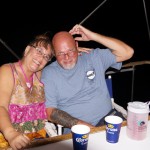 prevailed all evening long.  We want to thank Tony Ballesteros for taking all the photos on this great night.

As our boat crept through the old port to its slot at the end of a pier in Safe Harbor, Adolfo, who had donated his boat and his time as well as the time of two of his family members helped Mark Olszewski, who organized the sailing, bid the 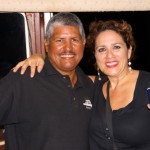 In an email later that evening, Mark thanked everyone for their participation and donations to the team and 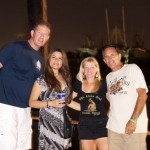 reported he had collected $850 dollars from the 34 passengers plus a $100 donation from Patrick Mondone who had won two tickets in a contest on Rosie Glover’s Rocky Point Ramblings radio show.  The beer, margaritas, chips and salsa cost $1,592 pesos ($122.46 dollars) for a net of $827.54.  And the boat crew who had 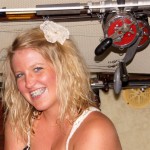 volunteered their time collected $140 dollars in tips from the grateful guests!

We won’t have to wait for the next Blue Moon to have some fun while helping the Rolling Rockies because Mark has some plans for the near future you’ll be interested in…just stay tuned to his Facebook page (http://www.facebook.com/TwoPesos) (or http://www.facebook.com/LosRollingRockies) for the details on an upcoming “Pollo Asado” to be put on by the team tentatively scheduled for the 15th of September (Mexican Independence Day).  Also be looking for the details on more raffles coming up, including for a DVD Home Entertainment Center and a gen-u-wine Plasma TV!!

These efforts will be to raise travel funds for the team who have been invited to participate in several upcoming events: a para-Olympics event in Hermosillo on September 23rd; the Sonoran Wheel Chair Basketball League event in Nogales on October 6th and 7th; and an international event to be held in Ensenada on November 4th and 5th with teams from the Mexican states of Sinaloa, Sonora and the U.S. states of Arizona, California and Texas.

Still on their wish list, which Mark and the entire team are working hard to find sponsors for are:

1.)  Uniforms. The uniform company has committed to provide a uniform consisting of two jerseys and one pant for $750 pesos. They need ten uniforms ($7500 pesos). The sponsor’s name will be prominently displayed on the front of each jersey. 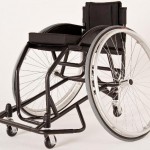 2.)  Proper sports-equipped wheel chairs that meet the criteria required for official league play. They are not allowed to use the chair they currently have. (That would be tantamount to entering your family car in a NASCAR race.)  They’ve found a company that specializes in making league authorized chairs with the special safety equipment installed.  The cost for these is $700 U.S. dollars per chair and the team would need five chairs to compete in league play this season. They will display the name of the sponsor on the back of each wheel chair. 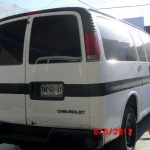 3.)  A van to haul the players, chairs, baggage and equipment. They have located one in good condition with nearly new tires for $2,800 U.S. dollars. The team will proudly display the name of the van sponsor all over the vehicle!

Having seen Mark and this group of determined players in action raising funds, there’s no doubt that some generous souls will step forward to help them secure these items they so badly need. Why? Because people like to help those who work so hard to reach lofty goals!