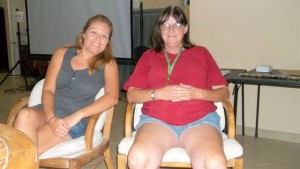 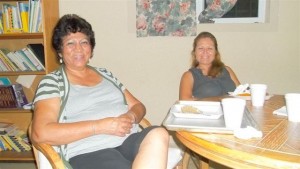 without a break in consistency. Just like the first race two years ago, the funds raised at this year’s race exceeded the goals according to Barb Olszewski who conceived the Rubber Ducky Race, organized it, sold the majority of duckies and recruited the volunteers to who sold the rest. If you’re not familiar with the “Great Rubber Ducky Race of 2013” read the story and look at the photos that tell a great story about how the generous folks in our little slice of paradise by  the sea work together to help the needy; just go to: https://www.sonoranresorts.mx/?p=9673. 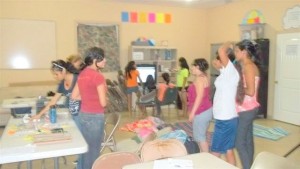 A project that Barb had wanted to put on for quite a while turned out to be a bigger success than she imagined because of the reception of, not just the neighborhood girls, but because of their parents as well— 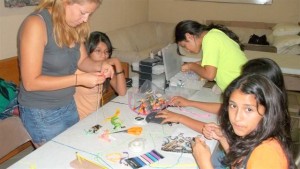 The function was a well organized slumber party held on the 23rd of August. Maybe because it was run by women who obviously had been teenagers before, every little detail seemed to be though out for the 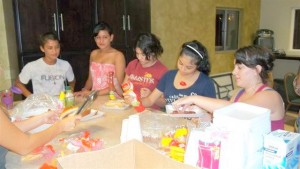 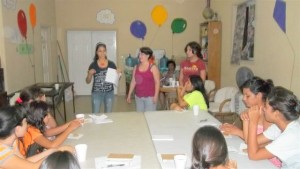 enjoyment and for the safety of the girls—details you might not think were important until afterward, like, as the girls showed up at the Center, the sponsors “confiscated” (for lack of a better word) their cell phones, placing them in individual brown paper bags with each girls’ name 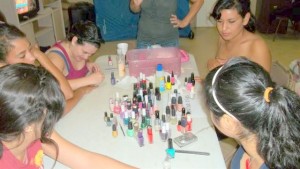 on them to be returned at the end of the party. Only parents were allowed to drop the girls off and to pick them up.  No boys allowed, even near the boundary fences. 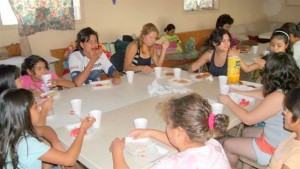 Activities were varied and stressed entertainment and learning. They played WII,  even had Ana Elizondo, a motivational speaker come in and self respect and other subjects, some of the older girls performed skits on avoiding teen sex and the consequences thereof.  The girls did their nails, made hot dogs,  cookies (cookie dough supplied by Scott and Angela), cupcakes,  popcorn, Kool aid and other “junk food” (to the great delight of the girls. 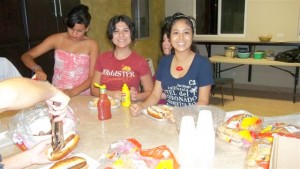 Perhaps the most treasured event (maybe besides the latest “Twilight” flick, was that each girl received a “Spa Bag” gift, and since the large

majority of them don’t even have shower or bath facilities in their homes—cleaning themselves with bucket baths—they were able to utilize the shower at the center with the contents of the spa bags.  What a refresher that must have been!

Relaxed, and clean, the girls laid out their sleeping materials on the floor and said back to rest and enjoy the movie on a giant screen and projector that was donated by good friends of Rocky Point Joe and Gregg. According to Barb, the last child dozed off around 3:00AM and all was quiet and content. 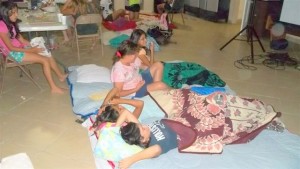 Next morning, everyone had breakfast donated by Center founders Kathy and Harold Tuttle, then everyone, including  the parents who had come to pick the kids up, pitched in to clean the center.

It didn’t take the mothers long to see a good thing happening and all were lobbying to have a slumber party for grownups in the near future as well as one for the boys. These are both in the works!

Barb wants to thank Blanca Soto, the volunteer Center manager, Martha Stanley, missionary and very active volunteer for the Center, and all the volunteers who helped make this such a wonderful event.

And we want to thank Barb and her group of big hearted volunteers for making a memorable night for the neighborhood teenage girls around the La Esperanza Para Nueva Vida Community Center!