When Roger Clyne brings his musical clan to Rocky Point for the annual Circus Mexicus concert and three day celebration of life, rock and roll and good times on the beach, it is also a time when the goodness of his fans is clearly defined with charitable action that includes fundraising and donations to help the needy children and families of our beloved beach side paradise. 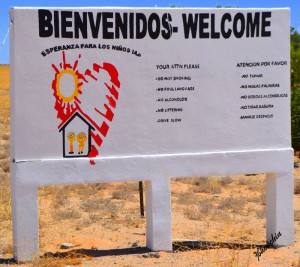 The band’s drummer, PH Naffah, hosts a traditional Friday night hot dog cook out at JJ’s Cantina in Cholla Bay to raise money for charity.  That event is attended by almost everyone who arrives on Friday before the Saturday night concert and nearly every local with tickets to the concert. It’s a crowd. A happy crowd.  JJ’s puts on live music all night long and the event, called “Hot Dog and a Smile” turns into a beach party “par excellence” that raises thousands for PH Naffah’s favorite charity, Esperanza Para Los Niños, the 22 year old shelter that is currently called home by 37 disadvantaged children.

Then Saturday morning another tradition takes place on the beach: beach soccer, when dozens of teams raise a ton of money (totals weren’t in at the time of this writing) for charities such as the Youth Sports Foundation, started by local ex-pat, Rick Busa.

Blending right in with the charitable atmosphere of Circus Mexicus are the large number of fans who drive down for the concert with their cars and trucks loaded with clothes, food, toys and much more to be distributed locally by the generous gringos who live here, like Mark and Barb Olszewski, founders of the Adopt-A-Classroom non-profit that provides 9 local schools with donated supplies and repairs (http://www.rockypointclassroom.com).

This year, to help the Esperanza efforts,  Mark appealed to his Facebook friends by posting a wish list he got from the “Esperanza Para Los Niños” home. You may have seen the colorful hand-painted sign on the east side of the Sonoyta highway about 12 miles outside of 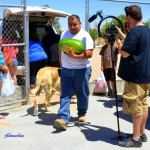 Rocky Point.  The response was nothing short of phenomenal with his friends taking charge of obtaining specific items on the list and communicating their progress until every item on the list was garnered—except for one.  Other than the one item, a commode, they found or purchased and brought down clothes, toys, food, tools, cleaning supplies, hardware, personal hygiene items like toothbrushes, and much, much more. 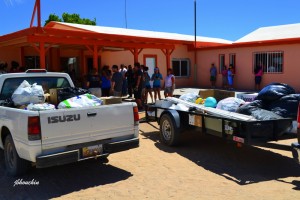 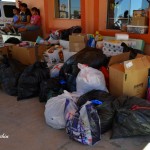 The items were either brought to Mark and Barb’s house for sorting and bagging (oh yeah, they do that, too), or brought to a large trailer accessibly parked across from JJ’s Cantina on Friday night.

Around 1:00 pm Saturday, amid the beach partying and soccer competition, over 20 of the contributors, organizers and supporters of Esperanza filed out of Puerto Peñasco in a caravan of trucks, trailers and SUV’s loaded with supplies that were going to bring smiles to the faces of those 37 children in the isolated Sonoran Desert shelter. 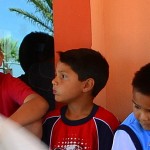 The kids gazed restlessly across the flat sands for a glimpse of the first signs of dust that would signal the beginning of a special afternoon of joy. 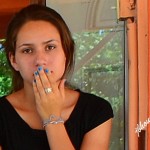 Little did they know that, in addition to the goodies we were bringing, in back of one SUV was a giant birthday cake and nearly two gallons of ice cream to celebrate the 12th birthday of one diminutive resident named María.

There were so many generous people who made this day so spectacularly complete for the shelter and the kids that it’s probably impossible to mention them all without missing some.  To those missed we apologize.

Among the active coordinators, contributors and volunteers in the caravan delivery were the Figueroa family of Tucson for bags and bags of clothing that arrived without them, Tom Syvertson and Crystal Gottschalk, Mark and Barb Olszewski, Janet Bunce Mooneyhan, Diane Lovett, Kathy Bowe Crenkshaw, Ron and Brenda Lambertus, Jeff and Linda Misischia, Scott and Angela Scriver, Gregg Bindel, Carol Beal, writers Joe Houchin and Sami Keeseeker-Rivero, translator John Cuevas (indispensible in his simultaneous translations), and film maker Chadwick Fowler and his film crew who made a documentary of the entire Circus Mexicus weekend, and these are just to name a few. 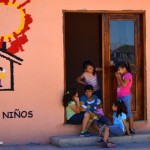 When the caravan entered the gate and vehicles positioned for unloading, the closeness of these children became acutely obvious. 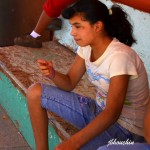 They shared a similar darkness in their not too distance past, and each cherished the brightness of these brief visits by the caring souls of strangers who they did not want to be strangers, but knew that was the deal they had to accept in exchange for these bursts of joy.

There were many comments that the expressions on these grateful kids’ faces made every effort on our part totally worthwhile.  Like little kids, their excitement was subdued at first, but as they began to help unload the 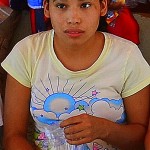 varied treasures from the vehicles and the time for cake and ice cream neared, controlling their joy became harder and harder.

We could feel their exhilaration begin to flow as the children and mothers in the contributing families passed out hand-packed bags of candy, each containing a brand new colorful wish list tooth brush for each child. 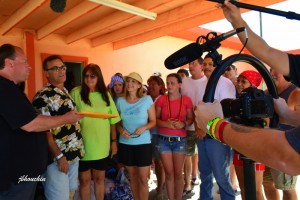 There was a brief presentation by Tom to Guillermo, the shelter Director, after which the ensemble of kids scurried to the dining room for cake and ice cream.

They gathered around María as she sat in front of the birthday cake, the anticipation was electric. 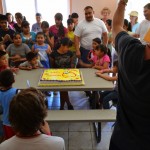 They sang Happy Birthday in both languages, and as María bent her head to take the traditional free-handed bite from the cake, also traditionally, one of her friends lovingly smashed her face into the thick icing. She was such a good sport and twirled her head to and fro 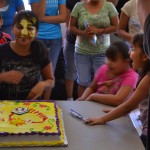 making sure all got a good look at the yellow and pink coating along the front of her face. 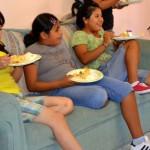 By this time everyone, even the most reserved and shy, was relaxed and joyful. Guillermo, the Director, offered a tour of the facility and fielded questions with the translation help of John Cuevas. 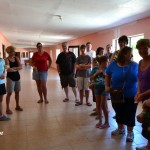 Fifty percent of the shelter’s funding comes from the government and another 25% comes from American donations.  The rest is raised in various fundraisers and in kind services from in and around Puerto Peñasco.

It is a complex inner feeling indeed when bringing someone such joy, especially children makes you feel so good inside that you wonder if it’s fattening.   You know the feeling.