As we publish the 14th consecutive issue in our Home Port series, we enter the realm of complexity, conjecture, projection, opinion, even mystery; yet it is a realm we must address from its most critical aspect and in some detail. 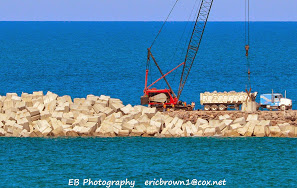 That is, of course, Infrastructure.

We’ve broached the subject in previous issues of this series, but in nowhere near the detail it deserves, nor with the facts from reliable sources as to plans.  Now, as it happens, we must wait in limbo until after the June 7 election to sort through all the changes that are sure to take place with the new administration, even if it turns out to be the same party.

One thing we know for sure is that the infrastructure planning and scheduling is a long, involved list with varied priorities. Adding the fact that federal funds are being used, it is easy to imagine the nightmare of paperwork that must be overcome. Many argue that this alone makes even the year an inaugural cruise sailing might take place impossible to predict. How does one counter that argument?

There are actually several scenarios that could take place to make the argument that predictions are not only possible, but could be surprisingly more accurate than one might think.

One such scenario would be that, as the home port gets closer to completion, our municipal leaders become more 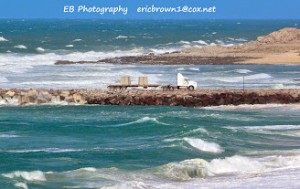 excited about the potential for revenue that cruise markets will represent for the city and cause them to strengthen their emphasis on creating ways of expediting the more challenging aspects of infrastructure requirements such as those heretofore seemingly unanswerable needs for more water and plausible sewage and waste disposal.

Another scenario could be as simple as the newly elected officials wanting to establish their reputations as “doers”.

When the cruise line is confirmed to operate from our home port, the motivation and excitement at all levels will 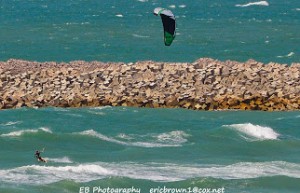 reach new heights and infrastructure that has not been completed will be expedited for sure. This is based on historic data from cruise lines in other ports making sure all infrastructure is completed prior to their relocating a ship to our port even if it involved them getting directly involved.

Everything that goes into designing and establishing a completely new itinerary is a monumental decision and project of incredible expense and risk on the part of a cruise line and they make that clear from the beginning, as well as keeping close tabs on the progress of all phases of infrastructure installations to completion.

We will be going straight to the sources and reporting to you in future issues of our Economic Impact of Home Port on Puerto Peñasco with new and detailed information on the plans and schedules for completing all the infrastructure needed for a home port destination to serve this lucrative industry.

We love getting updates every month straight from Wendy Winzer, Project Administrator of homeport construction.

This month Wendy has been very busy dealing with the arrival of new giant cranes that now total six, placed between the jetty and the cube field. She has also worked with the independent company that has installed a concrete plant 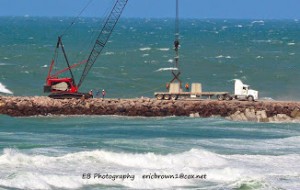 adjacent to the cube field which has increased the capability of pouring more cubes every day.

Wendy has also dealt, “with several weeks of strong winds and high tides which have made it more difficult to pour rock, however we continue dumping the small cubes and have started placing the 10 ton cubes on the east side of the jetty to protect the small rock,” she tells us. 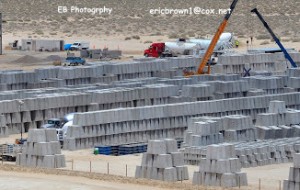 To date they have poured 20,000 small one ton cubes and 4,600 of the big 10 ton cubes. They have placed 7,400 small cubes and 1,800 big cubes on the jetty. The inclement weather this month has hindered significant progress on lengthening the pier, but they were still able to build up the east side with the large cubes.

Wendy was excited to say, “We are on track on our part with the construction of the jetty, still looking at the end of 2016. The dock construction is under separate contract with another contractor and I don’t know at this time how they are doing with their own schedule.”

She added, “We are moving forward, with high expectations for the June 7th state government elections!”