In Part V of our impact study we discussed ways a destination like ours could duplicate the very effective methods cruise lines have been using for forty years that have led to their continuous growth. That is to ask questions and listen to the answers, then 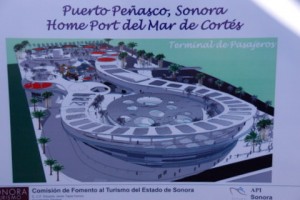 give them more than they asked for.

Before we delve too deeply into the marketing science of garnering the valuable information that reveals what would make a cruise passenger a potential vacationer to our little slice of paradise by the sea, let’s take a macro look at the complex considerations of cruise operators just to select ports of call and itineraries.

Through the research methods covered in last month’s Part V, the cruise industry selects ports of call and itineraries only after careful study to maximize commercial potential and utilize ship assets. 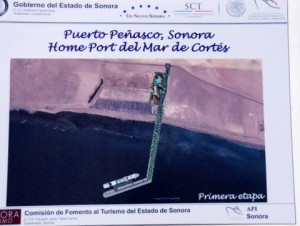 other segments of the tourism industry. For example, because cruise operators are fundamentally supply driven—demand always exceeds supply—cruise operators can “create” demand simply by providing new capacity (ships), then fairly easily find customers to fill them, which is just a matter of making their loyal customer base aware of what’s new.

New ship capacity doesn’t even matter with the demand situations that exist. They can fill the smaller ships from ongoing  demand for the more exotic ports of limited capability; larger ships can be filled from the existing demand for longer 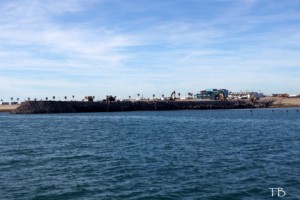 It would seem that all the cruise companies have to be sure of is that they create itineraries in which the whole is greater than the sum of its parts—right back to giving the customer more than they asked for.

However, the decisions involved in choosing the size of a new ship build are as complex as the financing scenario. We’re talking a two to four year turn around no matter the vessel size at an investment that will teeter on either side of a $Billion, whether it’s a 300 cabin river boat ($700 million plus) or a 3000 cabin mega ship ($1.2Billion or more). The trend by the larger carriers is defi 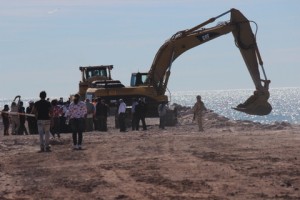 nitely toward larger ships, leaving smaller vessels to the smaller operators (most of whom are owned by the big cruise companies anyway).

Then there are the considerations of how best to maximize revenue streams from a captive market such as on board goods and services and shore-based excursions. These could impact the number and order of port calls.  Climate can impact whether seasonal repositioning of ships would be necessary as well.

Again, Puerto Peñasco as a home port would rarely be impacted by any of those factors other than changes in the overall length of a sailing. An example of a cruise line deciding to change its port call sequence or even eliminating one or more of them, might
result from another hike in fuel prices which account for 15% of the operational expenses Those options we’ll address in future impact studies as they will affect the direction and priorities of infrastructure plans. 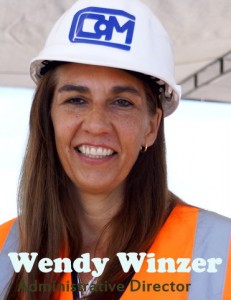 Let’s take a walk by the pier with home port project Administrative Director, Wendy Winzer, to get the latest on the partial resumption of  construction activity…

In our last walk down by the pier, construction was at a complete stand still—in fact, it was shut down due to a dispute over the truckers lack of receipts for work claimed. To finally settle this dispute, state  tourism director, Javier Tapia Camou, the appointed project head, had to make a trip to the port and personally negotiate with the union.

Although Camou returned to Hermosillo under the impression that all was settled, the disputing truckers’ union didn’t see it that way and physically barricaded the gate to the pier blocking any entry or exit to or from the sight. Very quickly, however, federal police were called in to forcibly remove the large trucks from the sight, and tow them some distance so they would not return.

We had also learned last trip that the second blasting of the Black Mountain quarry, while it did produce useable rocks of the smaller to medium size needed, geologists determined that this quarry was not capable of providing enough of the very large rocks needed to complete the project as originally thought. Thus, research was being conducted to find alternatives either from other quarries and consideration was even being given to manufacture the larger rocks from cement and smaller pieces that are 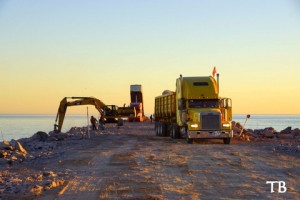 Analysis of this situation is still ongoing. Alternate quarries have been found but the distance is cost prohibitive. A separate team of geologists is taking another more detailed look at Black Mountain to conduct laboratory tests to find a way to blast for the larger rocks. Results are expected sometime in July.

In the meantime, there are eight double-length trucks that you see unloading along the pier since June 6th. They’re  bringing in the plentiful small to medium sized rocks from the last blast at the rate of 800 to 1,000 tons per day which are used to lay the base and first layer of the breakwater. Since the 6th of June they’ve extended the pier by 30 meters.

Wendy’s goal, of course, is to get the project back to the aggressive level of January when they were moving 5,000 tons per day. She anticipates no problem rounding up the trucks once the source of rocks is determined. In fact, the union did finally produce the receipts that had been missing and they have been paid accordingly. Wendy says they can return to work once the rock challenge is met.

As always, we’ll keep you up to date on any new developments on the home port project.