Nine Fascinating Facts You May Not Know About Seagulls

Easily the most ubiquitous bird around our little slice of paradise by the sea is the seagull. Not long after walking the beach 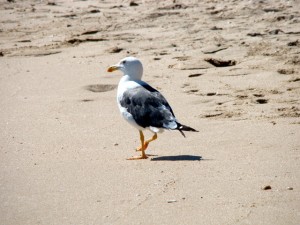 regularly you’ll begin to notice slight differences among what you thought were probably one species of seagull. In fact there are dozens of species that call our beaches home most of the year, and even one endemic to the Sea of Cortez, the Yellow-footed Gull distinguishable by its white head, bright yellow beak with a red spot under the tip and bright yellow legs.

Although known by most in coastal cities more as pests than graceful, intelligent, skillful seabirds, the seagulls we come across along the beaches of Puerto Peñasco are primarily in the latter category, though 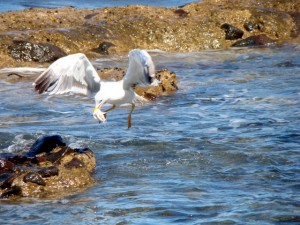 not without their quirks and uniqueness among seabirds.

Here are just a few of those facts that make the seagull interesting among its winged peers:

Seagulls are fun to watch and fun to study as a birdwatcher if you’re into that sort of thing. Once you’ve identified what you think are all the species around the beach, you’ll still find more around because they seem to cover most of the Sea of Cortez from end to end and drop in on each other from time to time. Well, who could resist stopping at one of our soft sandy beaches, after all?  Enjoy!

or just Google “Seagulls in the Sea of Cortez”.