It Was A Wonderful Day (or Three) in the Neighborhood! 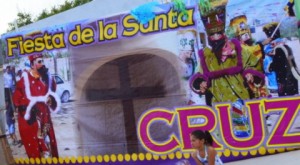 As our pre-event blog noted, Barrio Obrera in the neighborhood that includes the Cholla Mall aka Fifth Avenue Shops is where the largest Día de la Santa Cruz Festival in Puerto Peñasco is held each year on the 3rd of May(read that blog at: https://www.sonoranresorts.mx/?p=8575) . And this year they brought this normally quaint and colorful celebration of the Holy Cross to another dimension. 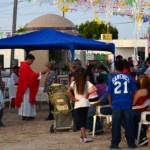 Every year for the last 16 years Barrio Obrera has put on a veritable feast of food, music, fireworks and fun for upwards 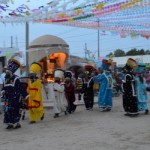 of 600 residents and visitors from around town. So well attended is this annual event that the barrio selects a different host to head up the organization to sort of spread the honor of burden, if you will.  This also brings a different style and attempted oneupmanship within the same traditional theme, any one of which could serve as the sacred system on how to throw the ultimate neighborhood bash! 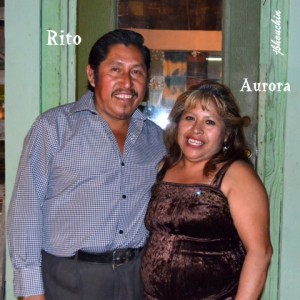 This year the honors fell upon Rito Torito and Aurora Flores, owners of El Sol del Desierto Souvenir and Leather Shop on the Cholla Mall, who just may have proven themselves the King and Queen of Día de la Santa Cruz Fiesta orchestration. Here’s the way you celebrate in royal style: 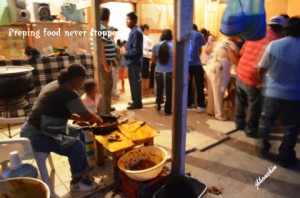 First you slaughter your own 450 kilo (one kilo = 2.2 lbs) cow and age the 230 kilos of meat you net from it in the refrigerators of everyone you know with any space at all. Aurora appoints a committee of 10 cooks who work for days preparing by hand 20 kilos of beans, 30 kilos of rice, and 100 kilos of tortillas (and, yes, all handmade). Add three barrels of Corona beer and this is enough for Rito’s committee of ten servers to provide table 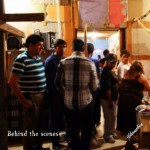 service for 1,000 attendees on Friday evening at the main party on the actual Day of the Holy Cross. Main party? Oh, we didn’t mention that this is a three day bash that began Thursday night and continued through Saturday? Now you know where 40 kilos of Menudo meat went. 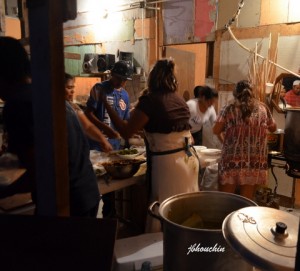 Beginning at midnight Thursday night, the band starts playing and several hundred adults party hardy until dawn when all partake of the Menudo, a traditional Mexican soup made of tripe (stomach of the cow) and spices among other ingredients. Menudo is also guaranteed to cure a hangover, which was surely rampant in the barrio beginning Friday morning. Those who had to work went. The rest began or continued preparing for the big festivity of Friday night.

And what a night that was; an evening that began with Mass and continued with a 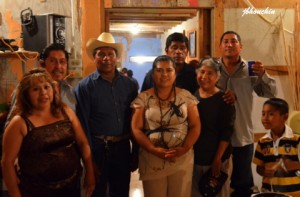 thousand men, women and children chatting, food served continuously for hours, children and adults dancing to non-stop recorded music, shrill laughter from the kids as they burst with energy and pure, innocent joy only children can experience; and no fiesta would be complete without fireworks. 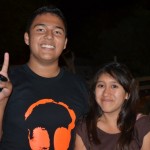 And the party went on long after the mothers walked the 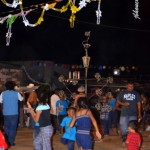 children home and tucked them in before returning until the wee hours of Saturday. 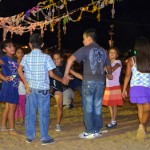 Was this celebration nearly over? Well, no. Before moving on, let’s stop a moment and appreciate the picture of the hosts, Rito and Aurora, who along with 18 of their most loyal friends 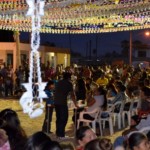 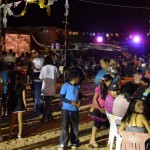 slaughtering cattle and butchering meat by the hundreds of kilos to pounding out tortillas by the thousands; and it’s now about 10 in the evening of the second day (that would be near 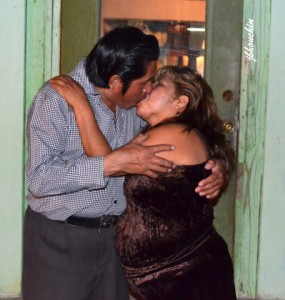 36 hours straight). What’s more is it’s less than 2 hours away from their 27th anniversary! ¡Madre Mía! And from the looks of this photo, it’s their 27th honeymoon…the romance is still very much part of their lives!

What is significant about their 27th Anniversary? You guessed it! Two big days, followed 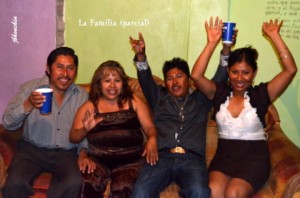 by another big day involving more hangover-curing Menudo served in the morning; another 150 – 200 family, friends and neighbors coming by all day to wish the couple well, and the party continues on into Saturday night. Rito and Aurora are thrilled that their two daughters, one son and three grand children were celebrating with them as well, even though they were not all available for the photo. 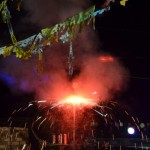 By the way, the Cholla Mall aka Fifth Avenue Shops were open during the days of the celebration and of course 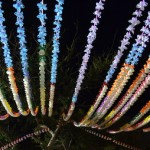 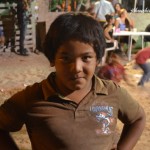 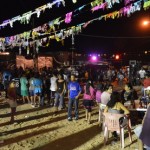 shops on May 3rd and 4th. Remember that for next year if you want to spend a “wonderful day (or three) in the neighborhood” in true Mexican barrio style!