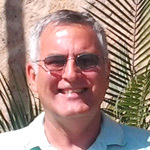 Rick Busa was born and raised outside of Cleveland in Lakewood, Ohio, graduated from Akron University in Business and Math and relocated to Phoenix, Arizona in 1978, and in his own words, “Never looked back.”

After a few years in the insurance industry, Rick joined Shamrock Foods building corporate accounts that included sports organizations such as the spring training baseball teams like Seattle Mariners and others.

It was 1990 when some friends invited him down to Puerto Peñasco to camp on the beach at Playa Bonita. From the beginning he came down at least twice a year and finally bought his first condominium in 2002. In 2004 he bought another one and again in 2006 purchased a third, all of which were rented most of the time.

He noticed that the baseball fields were full of kids playing some pretty good baseball even though they severely lacked basic equipment—like gloves, bats, balls, protective gear and other essentials. Back in Phoenix, Rick called one of his baseball account contacts and asked what they did with all their old equipment after spring training or when it needed replacing. He was elated to hear that they simply discarded hundreds of items on a regular basis.  His response was immediate and very soon he was showing up to the baseball fields handing out gear to the grateful kids.

And, thus was sown the seeds for the formation of the Youth Sports Foundation which he founded in 2007 after meeting Fernando Lopez, the municipal director of youth sports for Puerto Peñasco. Fernando was instrumental in showing Rick “the ropes” of who should get the equipment to make sure it went to those who needed it most, and other knowledge to help make the organization most effective.

The compassion of Sonoran Resorts own Rick Busa has been the driving force behind the phenomenal growth of the YSF since its founding and we are planning an in-depth report and history of that cherished organization on this blog in the near future.

In 2009 Rick made the big move to Puerto Peñasco (Rocky Point); a paradise with great beaches, tropical weather and a future he believed in. He obtained his real estate license and accepted a position with the Sonoran Resorts, which he still believes is the best condominium development on Sandy Beach. Again in his own words Rick “Never looked back.”

Rick has seen a steady upswing in both rentals and sales in the last couple of years. He has also noticed that the “peak” seasons are becoming longer, which have not only translated into more sales and rentals but have had a positive effect on the growth of Puerto Peñasco..

And according to Rick, “We have such great products, between the Sonoran Spa, Sea, Sun and Sky, sales are that much easier, and the entire team believes in our product 100%. We are a close knit bunch who enjoys working for Jim [Ringquist, Director of Sales and Marketing].”

You can contact Rick Busa directly via the Sonoran Resorts Sales Office at 602-324-3456 or via email at rick1972@cox.net . Beware; however, Rick’s exuberance is contagious!