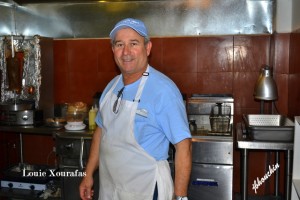 Louie Xourafas was born to a family of fairly well-to-do landowners in the Greek town of Volos. Like many young Europeans, Louie’s wanderlust gained control over him and by the age of just 16 he set out to discover the world—and himself—working aboard a transatlantic Greek tanker. “The name of the ship was Mike”, Louie shared fondly, “I’ll never forget the name of that ship.”

When the tanker docked in New York one trip, Louie decided to take a couple of months off and explore the famous city while getting a taste of this American lifestyle he’d heard so much about. His plan was to return to Greece after using up his leave.  Well, as so many a foreign visitor before him, Louie fell in love with America and stayed, eventually becoming a U.S. citizen.

America wasn’t all he fell in love with either. In Chicago, Louie met Kim; they married and moved to the Phoenix area in 1977.  An avid fisherman, Louie discovered Rocky Point in the early 80’s, bought a house and a boat and he and Kim came down several times a year to fish and enjoy the beach and peaceful lifestyle of Rocky Point until moving here permanently at the first of this year with plans to open an authentic Gyro restaurant.

On March the eighth of this year, Louie and Kim opened El Greco’s Gyros Restaurant in the space below the Sunset Cantina across from the Peñasco Del Sol Hotel. 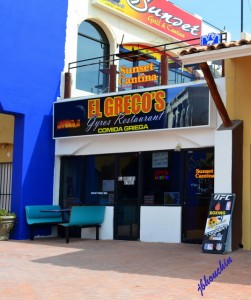 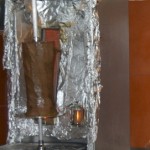 The Greek word, Gyro (pronounced “hero”) refers to the spinning motion of the brazier that cooks the traditional combination of beef and lamb meat that is served wrapped in pita bread with a special sauce.  The gyro resembles a vertical rotisserie with heat cooking it from one side as it slowly revolves to seal in the savory spices that make the gyro uniquely Greek. 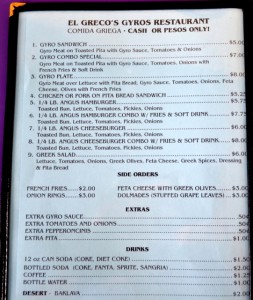 The reasonably priced menu also includes Greek salad, and the traditional Greek dessert, Baklava. There is a wide variety of soft drinks available or you could bring in your own favorite beer or wine.  Take out is available by calling 638-112-9692. 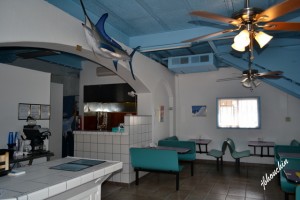 You’ll find this small eatery very clean, comfortable and friendly. If you’re a fishing fan, be careful; you could be there all afternoon swapping fish tales with Louie!

El Greco’s Gyros Restaurant is open every day but Tuesdays from 11:00 AM until 9:00 PM.  Stop by and check it out for yourself.