And the Sonoran Resorts “Best Job in the World” Contest Winners are….!

Results from the scores of ten judges made after a blind reading of the 26 stories that qualified for the finals are now in and tabulated.  The competition was as close as we thought it would be, with only a few points differentiating the second through fifth highest scoring stories.  The Grand Prize winner’s story (published below) seemed to capture the hearts of the judges as it was a clear winner!

For “Life Lessons on Sandy Beach, Courtesy of a First Grader” (Published below)

For “Finding Me in Rocky Point” (To be published Tuesday afternoon)

Our congratulations go out to everyone who participated in the Sonoran Resorts “Best Job in the World” Travel Writing contest!  Stay tuned into our web site blog to see your story published with your byline as our guest writer in the coming months.  All 26 finalists will be published.  Don’t forget that once published, your story can be used as credentials should you wish to pursue or continue your writing career.

“Life Lessons on Sandy Beach, Courtesy of a First Grader”

The beach has always been my preference for family vacations.  Skiing always ends up creating more work for me than I left behind.  Wine and tequila trips only appeal to me.  Europe requires at least one day of travel each way without the guarantee of relaxation which should be a part of any vacation!  Euro exchange rates have been brutal too.

A line-filled, day-long Sea World ordeal always becomes a requisite visit when in San Diego.  While beautiful, Florida beaches are filled with uptight and sun burned east coasters butchering every vowel as in, “Oh my Gawd, it’s so hawt!”  A recent visit to South Carolina’s coast was spectacular to look at, but lacked any culture, good food or night life. 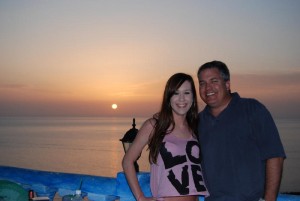 For us, trips to Peñasco always end with, “When are we going back?”  For parents, those could be the best five words ever strung together.  Each trip has been a unique adventure.  We’ve stayed in rusty, double-wide trailers in Las Conchas, extravagant beachfront condominiums on Sandy Beach and everywhere in between.  We’ve always tried to hit new restaurants while making sure to connect with owners of our favorites.   The Aquarium never gets old even though some of the creatures must recognize us by now. I think the truth in why we return lies in the many unexpected experiences that turn into stories shared for years to come.

As a certified diver and an avid fan of most things seaworthy, I was quick to teach my daughter the necessary skills so she and I could experience the ocean together.  I found an inflatable vest at a dive shop that fit her seven year old body perfectly from the waist up.  A mask, fins and snorkel later, we were out in the water together checking out as much as we could see.  To this day, she has amazing vision.  Her favorite thing to do was spot stingrays burrowed in the sea floor only visible by their tiny black eyes poking out of the sand.  She would patiently point them out until I nodded.   I had to lie half the time.

About an hour later, we decided to swim back toward the beach and grab a quick bite in our beachfront condo at the Sonoran Sea.  Moments later, she grabbed my arm and I immediately thought she was in trouble.  She wasn’t, but I could see the same look in her eyes magnified through her mask that I had seen in the mall when she wanted something.  I wondered which was worse! Beneath us was a pink conch shell about the size of two open hands together.  First, I wondered why there was a conch shell in the northern Sea of Cortez!  Secondly, I wondered why she wanted it.  She pointed to her ears which reminded both of us of the conch shell she loved to listen to when visiting my parents’ house.

I’ve never touched anything underwater when diving.  But bad parenting, led by my inability to say no at the time drove me to dive down and grab it for her.  She was ecstatic when we finished our swim and immediately asked if I thought there was something living in it.  Not convinced it was even real, I guessed it was a souvenir recently washed up.  So I said, “Of course not.”  She agreed and as we showered our feet en route to the condo, she also chose to run some clean water over it before taking it inside.  Moments later, two eyes and most of the torso of a 10” octopus emerged from the shell.  I think most kids would have dropped it and ran, but she calmly showed me what her dilemma was.

As an animal lover, she knew what she had to do, but was still disappointed she wouldn’t be able to listen to the Sea of Cortez while lying in bed at home.  As she began the walk back toward the water, a boy at least 3 years older than her took notice of her treasure.  Without any regard for her or the octopus, he grabbed the shell and tried to run off with it.  Two steps later, the highest pitched squeal absent of all masculinity rattled all of Sandy Beach as he got ‘ink’d!’  The octopus recognized it wasn’t in good company and defended itself.  With his arms shaking he gave it back to her as the octopus disappeared back to safety.  She gently placed it back in the water confidently knowing the tide later in the day would take it back out to sea.  The cocky seven year old “marine biologist” marched back up the beach and stared down the humbled boy with arms and chest freshly ‘ink’d’ as if to say, “You better not even think of going near that shell.”  If only I had a video camera with me.

Over peanut butter and jelly sandwiches, I asked what she would have done differently had I not been there.   She shrugged her shoulders and said, “Nothing.  It was sad we took an animal out of his home and tried to take him where he didn’t want to be.”  Then she took a sip of juice and said, “Actually, you took him out of his home.  You shouldn’t do that anymore.”  I sat back in my chair feeling about 2 inches tall after being taken to the school of life by a first grader.

Today, she’s decided to take a nursing course during her senior year in high school, half of which takes place in a hospital.  But she’s still undecided whether or not she wants to help people or animals.  The octopus played a big role teaching her compassion for other creatures.  Many hamsters, guinea pigs and dogs later she’s learned how important it is to think of others first before thinking of yourself.  I got a big reminder that day as well.