You’ve probably seen at least one API photo feature on those recent rad rages called Color Runs (or Toma Color in Spanish) where hundreds of runners get doused in puffs of brightly colored, harmless, powder as they run or walk or dance past stations set up for 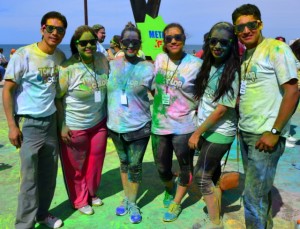 that specific purpose, on their way through a 5k course.  They are usually held to raise money for a charitable cause. Popular in the U.S. for the last couple of years, they’ve now extended to most of the world including Brazil, Mexico, Colombia, Puerto Rico and other countries. 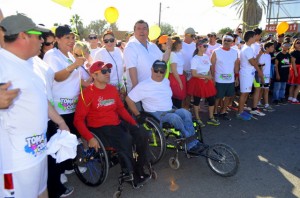 Recently, a group of friends, all young business entrepreneurs here in Puerto Peñasco (pictured), put their altruistic heads together for a way to help expedite final stages of the DIF Hemodialysis Center project headed by First Lady Rafaela Félix de Figueroa. They wanted something fun that would appeal to all ages thus maximizing the potential number of participants in the event. They went 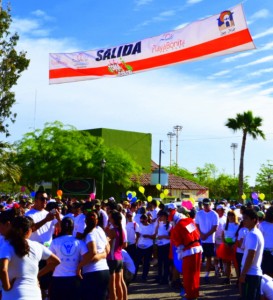 American countries. This creative group could not have made a better decision. The date was set for Sunday March 30, 2014 and word was out.

The registrations grew rapidly as the group approached other businesses for donations toward the gear they would provide to the participants: T-shirts with the Toma Color logo, 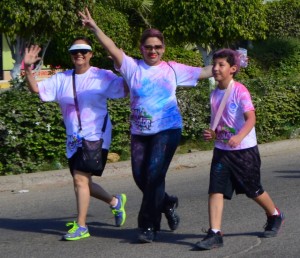 sunglasses to help keep the harmless colored powder from 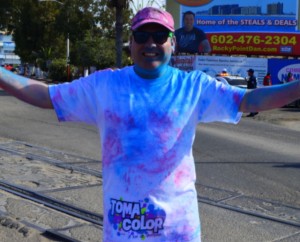 irritating their eyes, an official entry number just like in the big marathons, and of course access to a sufficient amount of their own brightly colored powder for the “big finish” that has become a tradition at these celebratory “Color Runs”. By raising donations to cover the cost of this gear, they explained, it would enable them to donate every centavo of the small registration fee of just 200 pesos to the DIF Hemodialysis Center. Not only did 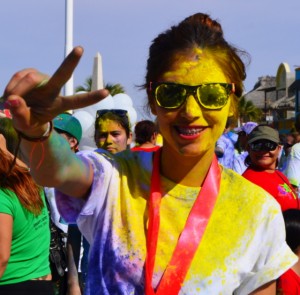 companies donate money toward the expenses, they began sponsoring teams from their own 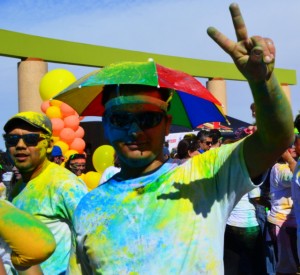 employees to participate in the run showing their support for the concept.

By the time the registration cutoff date arrived which the organizers had set so all the gear could be ordered and received before the event, there were 400 registrations and calls were still coming in. Since it was all for charity, the group found it hard to turn down the entries.  Finally, to avoid an out-of-control situation, they closed registrations at 800 participants—for a first ever event in a

small town, on a Sunday morning, amidst several other community 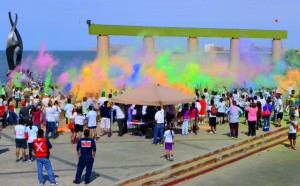 So organized was this group of young business people, that the first annual Toma Color took place 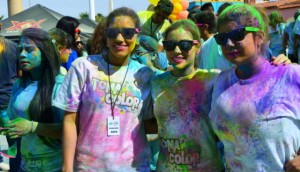 without a hitch, from its start at the baseball stadium to its gala finish in the 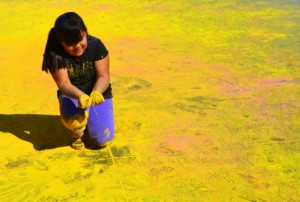 Malecon Plaza and all the color splashing stations in between! There were business and government leaders, including our First Lady and husband, Mayor Gerardo Figueroa Zazueta at the starting line, wheelchair athletes such as members of the 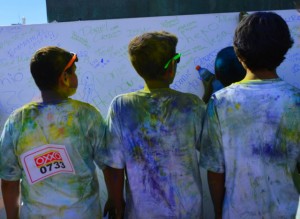 Rolling Rockies Wheelchair Basketball team, mothers with small children in strollers, costumed runners, walkers and dancers making their way down the main boulevard of Benito Juarez cleared of traffic by municipal police, and through side streets winding to the Malecon; all in the name of a most worthy and timely cause. 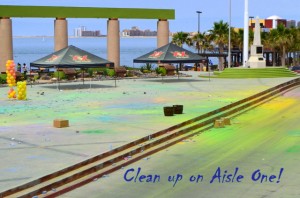 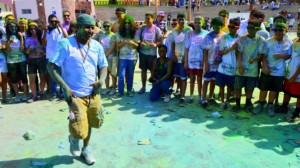 and of course the grand finale: the countdown to the color toss by a thousand people.  But the most important result was that in excess of $100,000 pesos will be presented to the Hemodialysis Center. All the hard work, all the fun everybody enjoyed, all the good that was accomplished adds up to overwhelming success no matter how you look at it. Enjoy the photos and look for the date of next year’s Toma Color.

We believe, as do many others, that through the selfless diligence of these creative, altruistic young entrepreneurs and business leaders, a true Toma Color tradition was born on March 30, 2014 in Puerto Peñasco.