In Rocky Point, Most “Snow Birds” Actually Have Feathers! 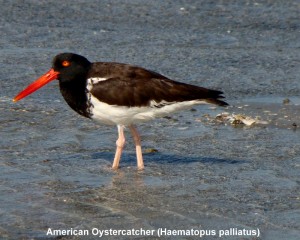 Depending on the source, there are 31 to 65 million birdwatchers (known affectionately among themselves as “birders”) in the United States making this hobby the second largest in the country.  Living in a tropical area on the sea as we do here in Puerto Peñasco, the hobby of birding can become quite addictive. That’s because out of the nearly 10,000 species of birds on the planet; nearly 10% are endemic to Mexico. In addition, hundreds upon hundreds of species migrate here as “winter visitors” each fall and remain as our fair weather feathered friends until spring.

We are very close to seeing the arrival of a great variety of migratory birds who have raised their young to fledgling status and are coming back to feast on the delicacies of the Sea of Cortez.  In fact, about 140 species of resident and visitor birds in and around the Morua Estuary alone over the winter will be blessing us with their unique beauty and sounds, aerial ballets and diving prowess until next spring. And let’s not (as if we could) forget the few million Monarch butterflies that should be arriving soon as well, although they’ll be on their way to central Mexico to meet up with 20 or 30 million of 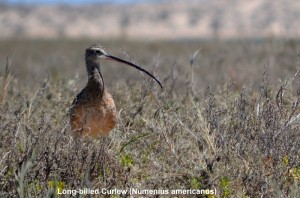 their species for the winter.

Just like their human counterparts we call “Snow Birds”, many of our feathered visitors may opt to relocate here and become full time residents of our ecologically balanced estuaries, mangroves and desert habitats—and for many of the same reasons: variety and abundance of food, accessible living conditions, ocean views, long stretches of sandy beaches and relatively mild climates.

However, most of our avian part-timers are rapt in thousands of years of instinct that guides their living, feeding and breeding habits that compel them to return to predetermined destinations with the change of climate each spring and fall. 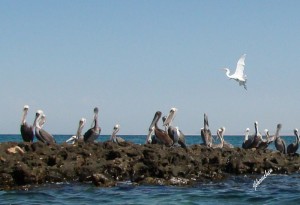 The migration habits of birds have fascinated, if not mystified, man for centuries, and, to this day, even at the heights of modern day technological advancements we’ve reached, there still remain unanswered questions as to “How do they do that?”

Since there are surely enough non-fiction books, scientific studies, essays and theories published on migration to fill more than a couple of shelves in the Audubon library, we won’t attempt to go there in the mere mortal confines of this blog. We shall instead broach upon a few bits of tid describing the extent to which some birds have developed and adapted for their migratory journeys, from preparation to quirky travel habits to superhuman feats which some are capable of performing to overcome the most daunting of obstacles that man or nature can present along their route.

Really, why do birds migrate?

Here lies most of the mystery around migration. The most popular theory dates back to the Ice Age when the earth’s weather pattern was drastically changing. The scientists theorize that three basic instincts evolved to drive migration: to breed, feed and avoid harsh weather—pretty much the same as what drives Spring Break. 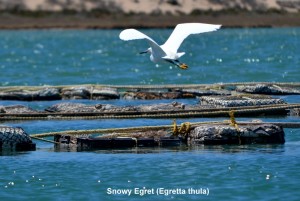 Where do they get the energy to endure those grueling flights that can go non-stop for up to 8 days and even longer? 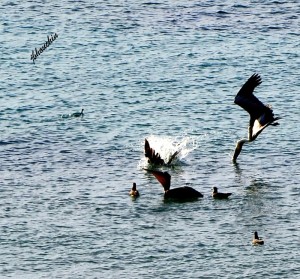 Simply put, they eat like pigs to accumulate fat reserves equaling from 50% to 100% of their body weight prior to their departure. Interesting to note is that, although they don’t eat them, one candy bar containing 14 grams of fat would provide enough energy to get a large sized warbler from the northeastern U.S. nonstop to south America.  Bet you think about that next time you munch down a Milky Way!

How do they know when to leave and where they’re going?

The main influence on when to migrate is when weather conditions start to turn cold enough to diminish the availability of insects and plants that make up the bulk of their diet. They have to time the hatching of their young so that the chicks have fledged by this time as well.

Migratory birds don’t have the luxury of consulting a travel agency to decide their destination, nor do they have maps, per se, to help get them get there. Instead, they go to the same places every year, taking the same routes (called flyways instead of highways) that their ancestors have gone for centuries. There are exceptions to this formula as natural or manmade barriers have forced alterations or outright changes to migratory paths and destinations. 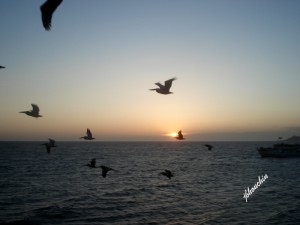 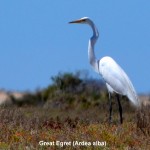 But for the greatest part, birds have developed ingenious flight patterns and routes to get them to where they are going in the most efficient manner. What scientists do know is that birds use several basic methods of navigation during migration: the sun, the stars, and earth-based landmarks (like mountains and rivers, etc.). In addition, a migratory bird’s brain contains microscopic crystals of an iron based mineral called magnetite, a substance used by ancient Chinese to create the world’s first compasses.  They’re not sure exactly how, but this magnetite enables the birds to create a mental map of the flight route and stay on it.

How high, how fast, how far? 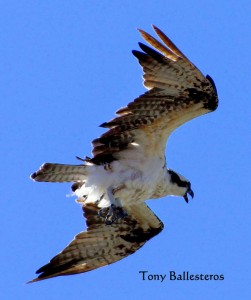 Flight altitude and speed depend primarily on the size of the bird. Generally, larger birds fly higher and faster with some exceptions for certain species. According to one web source, the award for highest flight recorded (posthumously) goes to a duck that hit a jet aircraft at 27,000 feet. The average is closer to 10,000 feet at speeds of 20 to 50 miles per hour.

Some migratory raptors, like hawks, eagles and ospreys will search out heat thermals that carry them to altitudes of 15,000 feet and higher then glide down at a shallow angle to preserve strength. They’re called soaring birds and can reach speeds of 80 to 100 miles an hour as they soar downward to catch another thermal.

The award for longest migration by far goes to the amazing Arctic Tern that must be afraid of the dark because it will fly 22,000 miles from the Arctic to the Antarctic to have daylight 24 hours a day at both locations. Then this incredible flier will turn around and fly back in the spring logging 44,000 miles all for the light of day!  It must be good for their health, too, because the Arctic Tern has been known to live up to 34 years. Think about the frequent flier miles that bird logs in a life time!

The size ratio to endurance category—non-stop—award goes to the little ruby-throated hummingbird that flies for 24 hours straight from the Yucatan Peninsula over the Caribbean Sea covering 600 miles to reach the southeastern U.S. 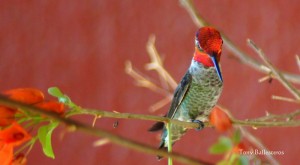 The award in size ratio to distance category goes to the rufous hummingbird that migrates from its breeding grounds in Alaska for 3,000 miles to its winter home in Mexico.

We’ll close with this astonishing story. Since tagging methods have improved, becoming lighter and smaller and can be tracked by satellite under all weather conditions, we’ve learned a lot more about birds, especially about their ruggedness and skills at handling adverse weather conditions including hurricanes. 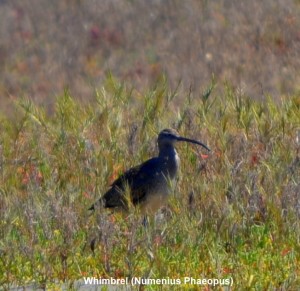 Researchers at the Center for Conservation Biology (CCB) in Williamsburg, Va., have documented incredible feats of endurance by migrating Whimbrels (large shorebirds with long, down-curved bills [and also winter in Puerto Peñasco by the thousands]) flying through storms.

Using satellite transmitters attached to the birds, researchers tracked one Whimbrel – named Hope – through a large tropical storm in 2011. She took 27 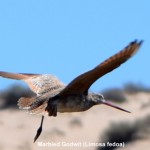 hours averaging just nine miles per hour to fly nonstop through the storm to get to the center. Then she flew at an average of almost 100 mph for 1.5 hours out the back end, using the power of the storm to “slingshot” her towards land.

“Our research is documenting some of the truly amazing dynamics of bird migrations. In addition to the simply staggering distances these birds travel – often thousands of miles at a time, nonstop – we are also observing what could be described as jaw dropping physical feats involving storms,” said Fletcher Smith, lead biologist on the tracking project. (Source:  Lisa Paravisini as posted in August on Repeating Islands.com.)

For information on kayaking the Morua Estuary you can contact the Intercultural Center for the Study of Deserts and Oceans (CEDO), the 30 year old  non-profit organization headquartered in Las Conchas, by email at info@cedointercultural.org at least two days before you want to go. They’ll put together a kayak tour with one of their knowledgeable 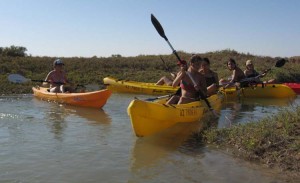 researchers/guides with a minimum of four people. If you are even a casual birder, the next two months in the Morua Estuary will make for some phenomenal avian sightings.

Keep an eye around the sky and on lookout for “Snow Birds”(with real feathers) arriving over the next month or so. They’ll be flying in and won’t be using the international airport. They could be landing on a beach near you!