If You Think Good People Are Hard To Find, Meet Mark and Barb Olszewski!

At first blush one could get the idea that our little paradise by the sea is bubbling over with charitable organizations.  Taking a closer look, however, reveals that there is very little duplication of effort and a whole lot of cooperative endeavor toward providing for all the needy citizens of this deserving community.

As with any volunteer effort, or any effort for that matter, the effectiveness of reaching goals is directly related to the motivation of those who are willing to take massive, immediate action to get stuff done. 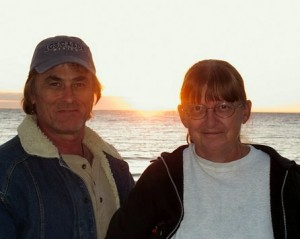 Enter Mark and Barb Olszewski who moved to Rocky Point nearly two decades ago from Tempe, Arizona and who are known and appreciated by dozens of charitable organizations and thousands of local citizens—kids and parents alike.

Their good natured good will is contagious.  Their energy is awe-inspiring. Their ability to fulfill the wish lists of myriad charities is downright enviable.  Plus they have consistently provided the wide variety of school supplies and equipment for the 10 schools and nearly 2,500 students in the “Adopt a Class Room” charity they personally founded in 2003.( http://www.rockypointclassroom.com )

Their ingenious approach to solving specific challenges and needs of the various charities is surely what has endeared them to so many worthy organizations in the community.  They’ve secured wheel chairs for La Montaña School for special needs kids; wheel chairs, walkers and canes for the D.I.F. (The official government organization to assist needy families); cash, clothing and toys for Esperanza Para Los Niños home for underprivileged children; and food for the indispensible “2 Fish Ministry” that serves over 70,000 meals to the needy each month. 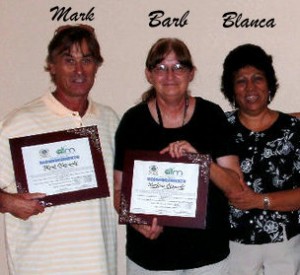 Blanca Estela Soto Ayala, a licensed Physical Therapist in her parallel life, has been the energetic visionary and volunteer Director and President of the organization since the beginning. She’s grateful to Mark and Barb for their help in raising thousands of dollars to build the basketball courts and two additional buildings to the center.  This has enabled them to provide classes teaching sewing, haircutting and cooking as well as computer skills on computers donated through the efforts of Mark and Barb.

Between the two of them, Mark and Barb have developed dozens of contacts in the U.S. and Mexico such as the Tuttles, Martins and AIM,  who have provided truckloads of school supplies to their “Adopt A Class Room” program; as well as 2-4,000 pounds of fresh vegetables  that are bagged and distributed through the neighborhoods each month.

They have raised thousands of dollars with creative fundraising activities such as Barb’s Rubber Ducky Race where they dumped 1500 numbered rubber duckies into the Sea of Cortez and gave out hundreds of donated prizes as the tide brought them back to the beach.

Mark, an avid swimmer, Certified Dive Master and underwater videographer, once raised several thousand dollars by swimming from the Old Port to The Reef—yes, you read that correctly!

He has also been Santa Claus to literally thousands of kids throughout Puerto Peñasco and known to ride his unique miniature Harley Davidson through the neighborhoods dressed as Santa to the amazement of children all around.

These are but a few of the amazing feats accomplished by this unassuming couple. As if these weren’t enough they have just begun 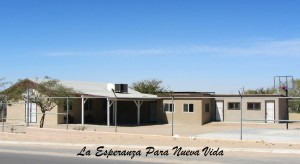 another major charitable endeavor to provide food for the thousands of residents here who have been caught in the economic crash from the tourism downturn.

Shortly after relocating to Rocky Point and looking for ways to expend their energies, Mark was helping in the opening of a then newly redecorated Margarita Villa as well as working as Dive Master aboard the popular “Island Explorer”. Barb found herself managing the local Dive Shop.

It wasn’t long afterward that they launched Rocky Point Boat Charters (http://www.beachseasun.com ) which led to many long term relationships both locally and throughout Arizona, California and other states. 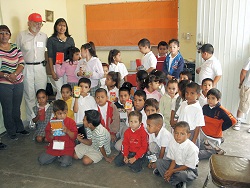 One of those relationships was established with famed Arizona Republic writer Arthur G. Sloane (red cap in photo) who was just beginning his Rocky Point Tour series to raise money for veterans with special needs.  He and Barb hit it off right away and she worked as his destination operator for several years.  His tour participants would even bring school supplies with them for the Adopt a Classroom program.

Mark, Barb and Arthur along with Sandy O’Hare of the Rocky Point Times are once again working together, this time to collect food for the needy in our fair town.  The food drive began on April 24th and will run through June 8th.  Arthur Sloane announced the drive in his column in the Republic on April 25th.  If you can possibly contribute to this worthy cause, there are several ways to do so.  If you’re not planning to be in Rocky Point during the drive, you can call Arthur Sloane at 480-802-6810 and arrange to drop your donation by his home.

If you plan to be in Rocky Point between now and June 8th, you can call Mark and Barb before you leave home on their Phoenix 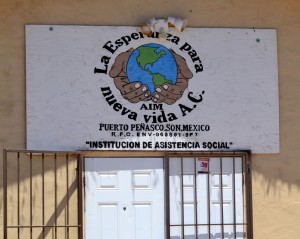 telephone number at 602-324-9529, or from your land line in Rocky Point to 383-4963. If you know where the Rocky Point Times office is, you can always drop your non-perishable food items off there.  There should be more drop-off points added in the near future and we will be sure to keep you advised.  As always, your generosity is greatly appreciated by everyone involved in this important food drive, especially Mark and Barb Olszewski, who will even come by and pick up any food items you’ve brought down to Rocky Point with you.  Just give them a call.

You’re not in a conversation with this pair long before you notice something missing: the absence of negativity. It’s made even more obvious by the abundance of enthusiasm with which they approach everything they do, indeed, even their philosophy on life and their faith in humanity.

“Why are we here on God’s earth if not to help our fellow man in need.” says Mark, who grew up 100 miles south of Chicago in the small town of La Salle-Peru.  “My Dad taught me to look at others’ needs before my own; to help them until they can help themselves. Then they will know how to help others when they can.”

Barb is from the same philosophical mold, raised in a part of Missouri so rural the family mail box was seven miles from home! “We always helped others,” Barb confides, “living that far from nowhere, it was second nature!”

If you think good people are hard to find, talk to these folks. They are good people!

This blog is brought to you by The Sonoran Resort Sales Group, Jim Ringquist, Director of Sales.