It’s a sure bet that Marius Petipa, considered by many as the most influential ballet master that ever lived, the original choreographer 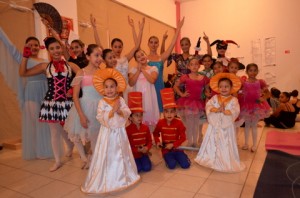 of The Nutcracker Ballet, never imagined that it would begin a Christmas tradition in a small beach side town in Mexico called Puerto Peñasco. In fact, after the unsuccessful first run of his ballet in 1892, in spite of the musical score by none other than Peter Ilyich Tchaikovsky, Petipa probably questioned any possible future for his work. Of course, the good news for all of us is that it did, over the years, become a holiday tradition around the world. 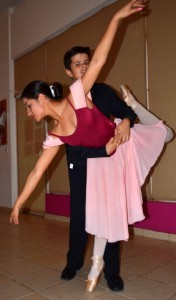 Nutcracker every holiday season for many years. After college she worked for Ballet Arizona and had the opportunity to manage 150 children who were chosen by audition to perform in their annual presentation of Nutcracker.

That little 10 year old girl is Marisa Arellano Velázquez, now all grown up, married and living in Puerto Peñasco as an accomplished choreographer and the owner and director of Destiny Dance Academy, a rapidly growing, award winning studio grooming students who have been recognized internationally in major competitions such as the Hollywood Dance Experience and the Disney Talent Showcase, so far. 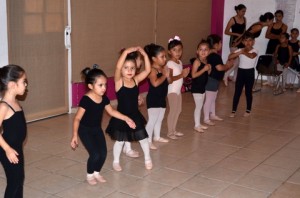 Marisa’s excitement about presenting The Nutcracker Ballet bubbles over as she talks about such aspects as beginning rehearsals back in September, choreographing and training her 60 students, ages 3 to 17 years, all of whom will be dancing in the production, and her emotions regarding which she likes more: having performed in the production for so many years vs. choreographing it.  When you watch her working with the kids during rehearsal as we did, it looks like choreography is winning over her preferences. 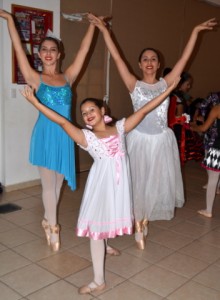 its entirety in Puerto Peñasco and everyone hopes it will become a holiday tradition as it is in cities around the world. There will be two performances on Saturday, December 14, 2013; a matinee at 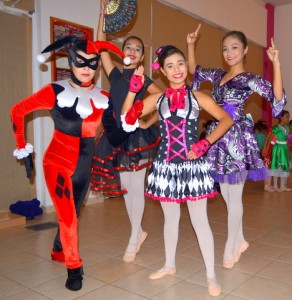 1:00 pm and an evening performance at 6:00 pm. The venue is the Municipal Auditorium on Benito Juarez across the street from City Hall.

Tickets are $100 pesos until December 13th and can be purchased at Destiny Dance Academy studio located in Plaza Fremont on Fremont Blvd. The studio is located across from Bancomer located in the Plaza. Tickets will be $120 pesos at the door on the 14th.

Destiny Dance Academy is working with DIF and will be donating a portion of the proceeds to the DIF organization. The additional profits from the show will go toward the purchase of a dance floor for the studio which will cover the hard tile surface currently used. The new rubberized flooring is necessary to protect the dancers’ bones as they grow and become more 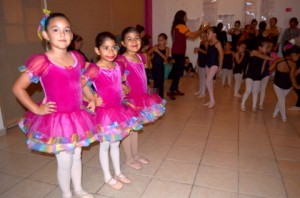 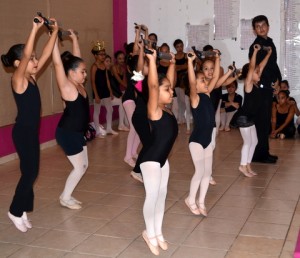 another way to raise funds for the new flooring. Tickets can be purchased for $5.00 USD at the dance studio when you buy tickets to the ballet. They will also be available for sale at the auditorium before the show and during intermission.  Marisa included that anyone who would like to donate a prize for the raffle can call 638-384-3403. So far the prizes include a wine basket, a nicely framed work of art, a MAC makeup gift basket, and a Mary Kay makeup gift basket. 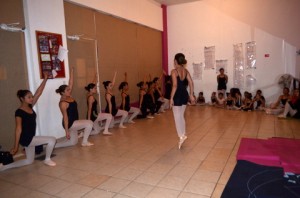 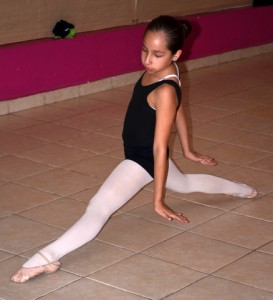 considered to be the father of American ballet, introduced his version in New York. The cast includes all 60 students, some performing multiple roles and dances, plus 11 more volunteers made up of eight dedicated parents (four couples) who will dance the parents waltz in the opening scene, and three boys aged 7-11 will be playing party guests.

One of the dancing parents, Tony Mendivil will play the role of Uncle Drosslemeyer who gives the

nutcracker to his niece Clara as a Christmas present. The lead role of Clara is actually played by 9 year old Silvana Mendivil, Tony’s

daughter, and company member who won a scholarship at the Hollywood Dance Experience competition in Phoenix earlier this

Three advanced dancers will perform en pointe in the roles of The Sugar Plum Fairy, played by Daney Guzman, The Snow Queen by Valeria Casanova and The Dew Drop Princess by Laura Casanova. The Nutcracker Prince (who slays the mouse king and saves Clara) is played by Andrés Ochoa. 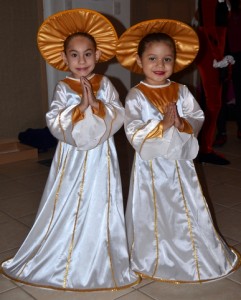 This production will feature very colorful costumes, some ordered from a professional costume company out of Los Angeles, and others custom made right here in Peñasco by a very talented local seamstress.   The photos that include costumes taken during a recent rehearsal represent only a portion of the costumes that will be showcased during the performance. 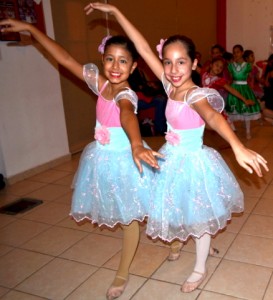 What: The Nutcracker Ballet presented by Destiny Dance Academy

$120 pesos at the door on Saturday

Raffle Tickets: Also available for $5.00 USD from Destiny Dance Academy and before the show and during intermission at the auditorium.

Proceeds: Portion to DIF; balance toward protective flooring for the studio.