Chef Julio Velázquez  has proven himself a gifted culinary artist, having worked and trained under such renowned Executives as 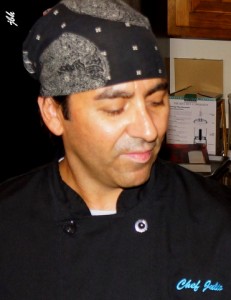 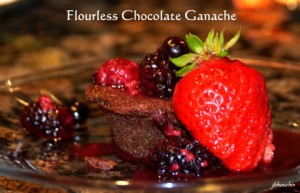 It was this combination of hefty culinary experience, and the sage advice of a wise doctor that pulled Julio through the traumatic diagnosis of Lupus in 2009. By all accounts, his future was to be filled with massive changes in activities, diet, indeed, even his ambitions  to become a well known creative chef.

Lupus, also known as systemic lupus erythematosus,  is a disease of the immune system, which causes it to erratically attack non-infected tissues in various parts of the body that leads to tissue damage and illness. Approximately 1.5 million people in the U.S. have lupus, 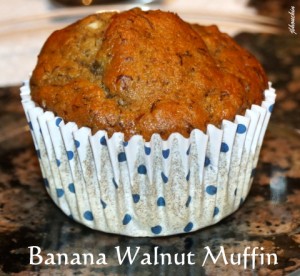 Symptoms are many and varied since the disease can cause the immune system to attack  any part of  the body at any given time.  When the attack is on organs, significant damage can result. When it attacks joints, the damage can result in swelling and severe pain, up to and including rheumatoid arthritis. When it attacks the skin, rashes, hair loss and other damage can occur.  Other organs, such as kidney, gall bladder, blood cells and eye sight, just to name a few, can be affected.

Upon his diagnosis of lupus, Chef Julio started following a restricted diet, which was made even more complicated as he endured an entire year of chemotherapy.

While there was no known dietary treatment to cure, prevent or even relieve lupus symptoms, as a chef, Julio knew that proper nutrition and diet would help his body battle chronic illness. As is his nature, he began studying the dietary influences that affected the symptoms and progress of lupus, both positively and negatively. 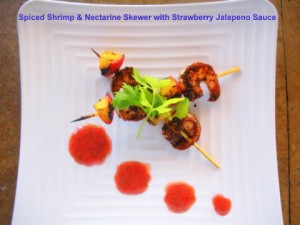 However, it wasn’t until 2011, when his disease attacked his gall bladder requiring major surgery and a strict post-op diet, that he was surprised by the lack of healthy diet options in Puerto Peñasco. Hence, the birth of Julio’s Healthy Meals.

Within a few days after his surgery, even while doctor’s orders insisted on extended bed rest, Julio was up creating and preparing meals according to the no fat diet restrictions recommended. He continued to expand the depth and breadth of his research to vegetarian life styles and eating habits, veganism, low carb and low fat diets,  including what effects each ingredient of those diets had on the body and its organs.

Out of this specific research, which has also included online
c 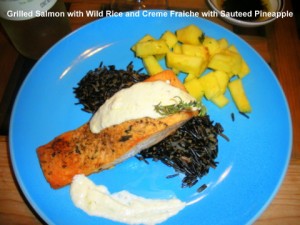 lasses through the U of A Arizona Center for Integrative Medicine, his three years prior studies in healthy preparation of foods, his 10 years in food preparation, and most importantly, his research and understanding of auto-immune diseases, Julio has built his menu of healthy meals to share with others who require diets low in carbohydrates, fats and include foods that minimize chronic inflammation and improve health. 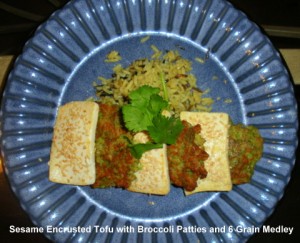 all—on himself! That was his commitment at the beginning of this project, and a commitment he holds dear to this day.

During the development of his project, Julio has had the chance to test his theories on several lupus-induced maladies, such as skin rashes, and swollen and painful joints. Using his extensive knowledge base, Julio has developed specific diets that have greatly improved and reduced these symptoms. Last year he was diagnosed as anemic. Unwilling to settle for accepting that condition, Julio diligently worked on dietary formulas and modifications that have completely alleviated his anemia!

Well, now that you know the “back story” on Julio’s Healthy Meals, it’s time to reveal the true treasure of his dedication to this project.

“How’s that?” you ask. The surprise, you see, is that right now your mind—at least your subconscious mind—is cluttered with all 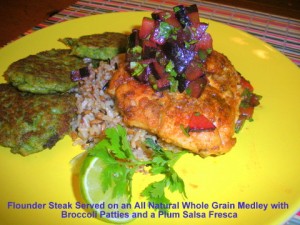 the judgmental words from above, such as dietary, nutrition, restricted, low-fat, no-fat, low-carb, post-op and the others that conjure up stereotypical, less than appetizing dining experiences associated with them. Maybe one of the strongest images comes from “post-op” diet (read: drab, clay-like simulations of tasteless food as served in your hospital bed). Also scary is the dejection that comes with the dark feeling that you will have to decide between health vs. tasty breakfast muffins, rich desserts, sautéed meats and vegetables, etc. because you will NEVER, EVER be able to consume the stuff that makes them so tasty, flavorful and delicious. “Drats!” you say with sloped shoulders and eyes to the floor. 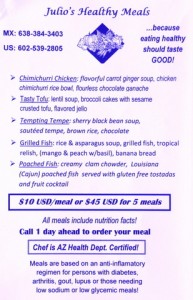 As intimated earlier, thanks to Chef Julio, you can look up and look forward because your reluctant dance down dejection lane is about to broach the threshold of epicurean ecstasy, no matter what restrictions those defenders of  the Hippocratic oath have levied upon you.

Thanks to those years of diligence by Chef Julio, he is proud and excited to share flavorful yet healthy meals to people who are struggling with their health and help them heal through food prepared in a way that doesn’t require sacrificing taste, consistency or health benefits.

“Many people think when they are on a restricted diet (whether it’s by doctor’s orders or by choice), that they have to give up flavorful food, but that is not the case!” says the chef. “Natural herbs, spices and specialty oils can provide all of the flavor you need!” 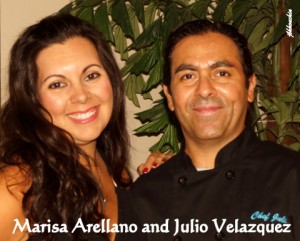 Julio’s Healthy Meals offers a huge choice of dishes, or he will prepare custom orders either in your residence or deliver the prepared items to your door. He will also cater functions up 12 people.

All the gourmet meals and desserts in these photos are the chef’s creations and, in spite of their rich presence, are healthy and nutritious.  The menu shown is a sample of other dishes that are popular. If you would like to be totally mesmerized by Chef Julio’s vast knowledge of how to bring the flavor out in a healthy meal, just give him a call and order your favorite meal or let him help you arrange a menu based on your favorites.  Call 24 hours ahead at 638-107-5035 or before you leave the states at 602-539-1969.

Julio says, “What is unique about this project is that it was born out of a necessity to heal my body rather than a venture to start a commercial business (my regular work is as a musician).”

Julio’s Healthy Meals is about creating a lifestyle, not being on a diet!