When Jon Sharp, a computer network engineer, and his wife, Mary, a nurse at St. Joseph’s Hospital in Phoenix came down for the 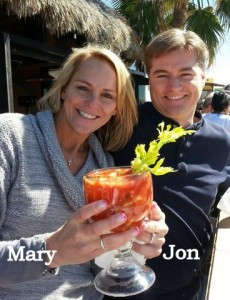 2013 Super Bowl, they returned with a special momento of our little slice of paradise by the sea. While most visitors are satisfied with silver, serapes or straw hats, Jon and Mary came back with the ownership papers to a fully operational restaurant and bar business! And not just any restaurant and bar, mind you.  This was the iconic two-story thatched roof establishment known at the time as Mexico Beach Bum, which  had spent time under the name of Wrecked at the Reef and before that it was the La Palapa. 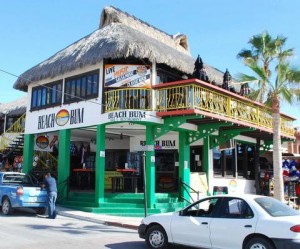 If you’re thinking Jon and Mary don’t take long to make a decision, you would be correct. The evidence is clear that this is a very special couple–two kindred spirits, soul mates who’ve been inseparable since they first laid eyes on each other at a youth football fundraiser in May of 2011 and led to their wedding on June 2nd of last year, 2013. With their penchant for knowing what they want and making decisions to get it, no doubt their marriage would have taken place earlier had it not been for Jon’s major motorcycle crash in 2012 that nearly removed him from their dream relationship. Fortunately for them—and for us—Jon has miraculously and completely recovered from the multiple serious 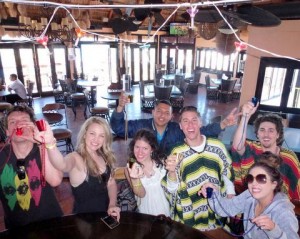 injuries he received in that crash.

Even though they don’t have any of their own, Jon and Mary have continued their volunteer work with children both here, with the Santa Claus Club, Adopt A Classroom and others, and in Phoenix where they volunteer with such organizations as the Barrows Connection annual “Day on the Lake” program for children with brain and spinal cord injuries through St. Joseph’s Hospital.  This couple loves life and knows how to give back what they get from it, always open to 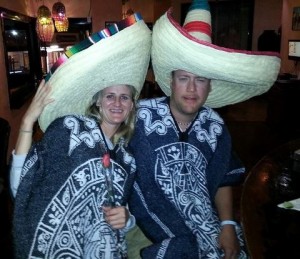 Located on what is arguably the best corner in the Malecón, boasting a large inside dining area upstairs with seating outside along a full veranda providing spectacular views of fiery sunsets across the captivating Sea of Cortez, and just a few meters from all the music, people and action happening on the huge Governors’ Plaza pavilion , the Beach Bum Restaurant and Bar offers its own colorful brand of fun. 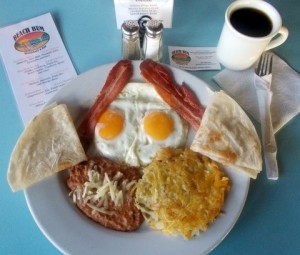 innovative detail they’ve added, from menu items to music.  There’s a small air conditioned bar downstairs with its own covered patio directly accessible from the Malecón sidewalk that invites you to awaken your inner beach bum with one of Beach Bum’s tropical drink treats of 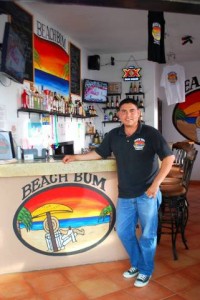 such enticing monikers as Beach Bum Sunset, Orange Bum Whip, Sunburn Bum or Beach Bum Gummy Bear to name a few. To learn what those concoctions are made of, you’ll just have to visit and get the ingredients first hand .

Jon and Mary worked with their chefs and others to come up with equally creative appetizers, hamburger combinations, main dishes and sauces too vast to list, but we can whet your curiosity with such names as Coconut Fried Onion Rings, and the Biker Burger that comes with their secret recipe sweet zucchini relish that is so popular they sell it by the jar! And when you try 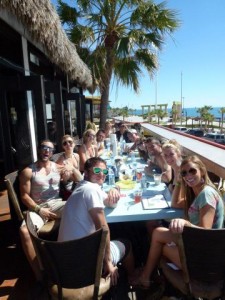 it you’ll be glad they do.

There’s a Beach Bum party with live music every Friday and Saturday by the versatile Los Hijos de Mauricio who take requests for any genre, but feature lively salsa music on Fridays from 9:30 to 12:30 and the gamut of danceable rock, country and rock & roll on Saturdays 9:30 to 12:30. They ‘re closed on Tuesdays and every other weekday they open at 9:00AM and close at 9:00PM. 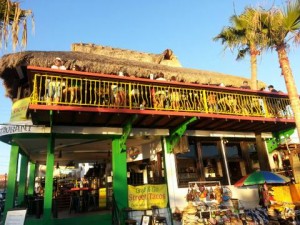 With four TV’s plus one giant 120” projection  screen upstairs and two TV’s downstairs, it will be hard to miss any major sporting event (can you say “every NFL game by satellite”) at the Beach Bum. Other experiences designed to keep you smiling like a biker after a burnout include Happy Hour Sunday through Thursday from 3:00 to 6:00 (except Tuesday when they ’re closed). Show up then for $2.00 Mexican beers, half priced house Margaritas and $3.00 well drinks. Listen to uninterrupted music from their own Beach Bum Radio station while you’re in the restaurant as well as online no matter where you are. Just go to www.BeachBumRadio.net  and click the play arrow.  You can stay up with what’s  up at the Beach Bum by Liking them on Facebook at https://www.facebook.com/BeachBumMX.  To contact the Beach Bum Restaurant and Bar you can call (from the U.S 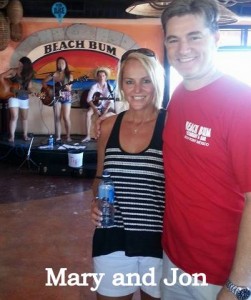 After learning all the Sharps have done with the Beach Bum: their operations system, their constant attention to detail, their employee selection and training methods, we were surprised to learn that this is their first restaurant venture. We would not be surprised, however, if 20 years into the future, Jon and Mary Sharp are still living their dream, still giving back to the community through their Malecón landmark, the Beach Bum Restaurant and Bar!