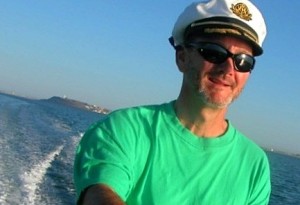 If you’ve ever picked up a copy of the Rocky Point Times and not read the clever quips by Cap’n Greg in his monthly column “Ask Cap’n Greg” as he answers questions from readers or just people on the street or in a bar with his unique style of irreverent humor, then you probably only read one copy of a Rocky Point Times, and that was to find out if you could bring Fido across the border without his papers.

In fact, most of us go to the Cap’n’s column first just to start with that funny fix before we begin leafing through the more seriously informative and entertaining morsels we’ve come to love about Rocky Point Times. That’s not to slight the Cap’n for an 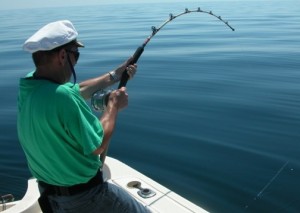 informative and entertaining column, for one can learn much from his witticisms about life in our little slice of paradise—especially beer drinking and taco eating etiquette; or why some Mexican pickup trucks have a five gallon jar on the roof with a hose running down into the engine area; you know, important stuff like that.

Since Cap’n Greg always seems to have a clever answer for about every question, we thought it would be fun to ask him a few that might give us some insight as to what makes this fun-loving guy tick.  Enjoy as we mingle in the mind of Cap’n Greg…

Sonoran Resort Blog (SRB): Cap’n, let’s start from the beginning. Where were you born?

Cap’n Greg (CG): On a ping pong table. It was in the basement of my parent’s home in Iowa. 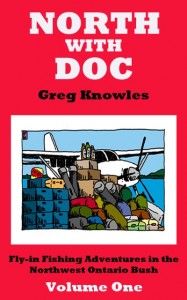 SRB: That story must have helped you make friends at school…

CG: Not really. I was educated in a one-room schoolhouse until midway through seventh grade.

SRB: So, what did you do for recreation in such sparse surroundings?

CG: Well, I taught myself how to play guitar at the age of 10. Not much better at it today.

SRB: Why’s that? Did you just quit playing?

CG: Oh no. I actually had a folk group, The Everglade Trio. We competed on a TV talent show, came in second and won a bag of Lay’s potato chips, a pound of Oscar Mayer hot dogs and a package of Fig Newtons.

SRB: What about formal education; any? 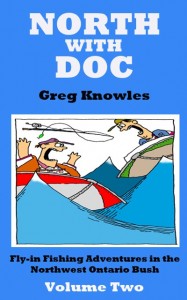 CG: I enrolled at the University of Iowa, quit due to indifference and bad grades and joined the Navy.

SRB: How much of the world did you see in the Navy? 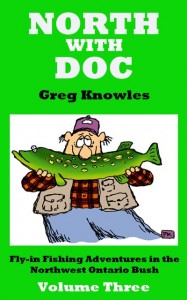 CG: I weighed 135 out of boot camp and volunteered to serve on a swift boat in Vietnam, but was sent instead to Italy, the North Atlantic and Pensacola, Florida.  In the Navy they called me “Skinny” but today I know you could not imagine why!

SRB: How did you get started in writing?

CG: After my honorable discharge, I finished school at Iowa State with a degree in Journalism and worked at a number of ad agencies as a writer, broadcast producer and creative director.

CG: Uh, my rock band, “The Sidewalk Dragline,” was not asked to play at the Super Bowl? 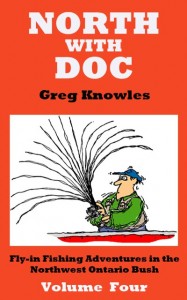 SRB: Come on, you can do better than that…fans want to know!

CG: Okay. I’ve never been known to be bashful, so here are some shameless plugs for my Amazon E-books. I have written a humor column for In-Fisherman magazine for more than two decades and have five, 25- 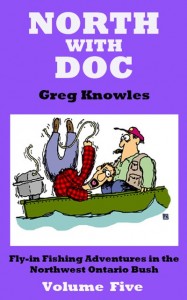 episode compilations of those columns in E-books on Amazon called North with Doc. If you ever went fishing with a bunch of friends, you’ll recognize yourself in these books. Check ‘em out. I guarantee they’re good to read in the living room, bedroom or throne room. Only $3.99 each. And then there’s Granada Gamble, a kick-butt, off-the-wall, 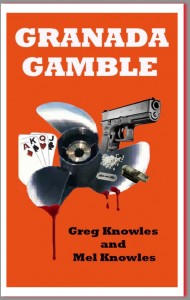 full-length adventure novel about a CIA operative turned bass pro that I co-wrote with my brother. There’s enough bad language and good sex to make a biker gang blush. Buy the Granada Gamble E-book on Amazon for $3.99.

SRB: Thank you Cap’n Greg. It’s been a pleasure, if not somewhat murky, exploring your mind. We’ll look forward to your next column in the Rocky Point Times as usual.

There you have it, folks, straight from the legendary Cap’n himself.  We know for a fact that the part about the E-books on Amazon is for real!