14 Facts You may not Know about the Octopus 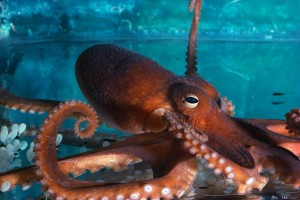 If you’ve ever explored the tide pools anywhere along the beaches of Puerto Peñasco on the Sea of Cortez, you’ve surely watched and/or played with an octopus or two.  You may not know that those small ones you’ve seen, possibly living in a small clam or scallop  shell, were not babies but full grown adults of one of the 300 species of octopuses that come in a multitude of sizes.  Here are a few more facts you may not know about this strong, sensitive and very intelligent cephalopod:

For more information on this incredibly interesting creature, you can visit: