12 Fascinating Facts You may Not Know about Hummingbirds

Depending on your source, there are 336 to 356 species of hummingbirds. They live exclusively in the Western Hemisphere from 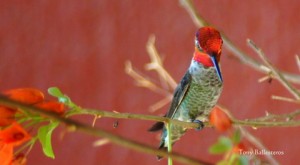 Alaska to the tip of South America. Of the more than 60 species officially accepted as hummingbirds of Mexico and Northern Central America, over half are endemic to Mexico.

This colorful little bird has played a role in Aztec and Native American mythology for over a thousand years.  They have often been portrayed as a healer or as a spirit being who helps people in need, and sometimes play the important mythological role of fire-bringer. In ancient Mexico, hummingbirds were considered sacred and associated with royalty and warriors.  Even today, some Mexican tribes believe hummingbirds to be messengers from the afterworld or manifestations of a dead person’s spirit.

Here are ten more facts that make the hummingbird such an interesting species:

In spite of their petite size, hummingbirds are very aggressive, known to attack much larger birds to  protect their feeding or nesting territories.

Hummingbirds cannot walk or hop, though their feet can be used to scoot sideways while they are perched. 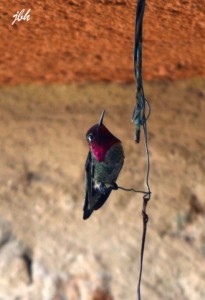 Hummingbirds have the fewest number of feathers of any bird species in the world, around 1,000-1,500.

If you think these little creatures are light weights, you’re right. The ruby throated hummer, popular around our neck of the beach, only weighs three grams. That’s a gram and a half less than our U.S. nickel!

Of those three grams, 30% is in the pectoral muscles which are primarily responsible for powering their flight.

Though you may already know, hummingbirds are the only birds that can fly backwards. They can also maintain a constant stationary position in the air.

Hummingbirds have forward flight speeds of up to 30 miles per hour and can reach 60 miles per hour in a dive, such as when they are chasing away intruders from partaking of a plant or feeder to which they have staked a territorial claim. 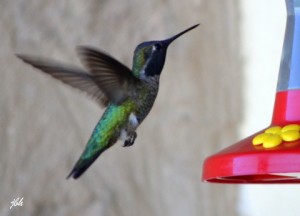 A hummingbird’s wings beat from 50 to 200 times a second depending on the flight maneuver and air condition. We’ve done the math for you. That’s up to 12,000 beats per minute. No wonder you have to set your shutter speed to warp just to catch a blur from those little wings!

Even the heart rate of a hummingbird averages 1,200 beats per minute and they take an average of 250 breaths per minute.

Finally, perhaps the most fascinating fact about this amazing species is their mating and nesting habits. After mating, the male has nothing further to do with family life. The female builds the nest, incubates the two bean-sized eggs, feeds the young and protects them through fledging. Considering that hummers spend the majority of their day feeding just to maintain their energy, requiring the consumption of 70% of their body weight in solid food and four to eight times their body weight in water, for the female to assume full responsibility for housing and raising the family is a remarkable undertaking.

For more information about hummingbirds you can visit:

This blog is powered by www.sonoranresorts.mx, Jim Ringquist, Director of Sales and  Marketing