It’s for the Kids: By Jack Hecker, Guest Blogger

Friend and Guest Blogger, Jack Hecker from Green Valley, Arizona shares his bittersweet and indelible memory of his introduction to the delicate lives of those diminutive survivors who call the D.I.F. shelter, “Esperanza para los Niños”, home and refuge from the dysfunctional atmosphere from which they were rescued. Take it away, Jack:

About four years ago, while I was perusing one of the Rocky Point forums, I read of a man who had a dire need of a job and Mark 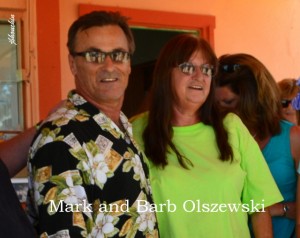 Olszewski’s efforts to help him find one.  Mark mentioned the family’s little girl and their need for food and play things for her.  Having a thing for kids, I was truly touched by his efforts.

A few days later, the week after Easter, I was in Walmart and saw a big stuffed bunny on sale.  I thought, “I bet there is a little girl in Rocky Point who just might think this is neat.”   I managed to contact Mark and told him we would be there in a week.  We agreed to meet at Max’s and I gave him the treasure.  It was the beginning of a great friendship.  It was also quite a sight to see Mark striding off to his vehicle with that bunny.  It was a sight the Mexicans enjoyed also.

A year or so later, I learned about the Esperanza Para los Ninos and the things they were doing for kids at the home.  I knew I was going to be down there in a few weeks and managed to scrape up a few bucks to donate.  Better yet, Mark suggested we take a ride out on a Sunday morning when the kids were there, to see the place.  We did and it was one of the most enlightening mornings ever for me.  I’d like to talk about it but something else happened during that visit.  I had a fifty year flash back.

I was born and raised in Cleveland, Ohio.  I did my schooling, got drafted, went to Okinawa, came back, went to work, got married, had 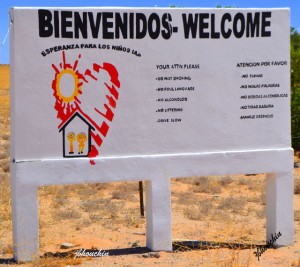 kids and so on.  One year, at Christmas time, I think I was about twenty-six, my neighbor, Lou, came over and had a question.  He asked if I would be interested in taking some kids from a children’s home in downtown Cleveland to HIgbee’s Department store, give them some money and let them Christmas shop.  I said I 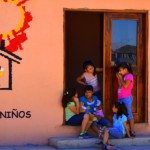 would love to do that and we started an adventure.

Lou worked for his father’s car dealership and they really helped us out.  We ended up with a group of twenty guys.  The company provided a bus and each guy got two kids that he sponsored.  We met at the dealership, and went to the home, picked up the kids and headed out to Higbees.  The store bought lunch which was a complete turkey meal for each kid.  We then gave each kid $20.00 and they went to the Twigbee Shop.  First, there wasn’t a morsel of food left and their eyes went glassy when we gave them the money.

Fortunately, the Twigbee shop was an enclosed area like a hut in a forest and they had young ladies who took them through the shop and help them pick out presents for their families.  When they were done the ride back to the home was totally noisy with the kid’s faces lit up with joy talking about the treasures they had purchased.  It was truly a highlight for their Christmas, ours too.

We did this for a number of years and eventually ended up with two buses.  Unfortunately, like most good things like this, it came to an end.  The last thing we wanted was publicity, but the papers got word of it and with that, the politics entered and we lost control.  Lou and I gave it up and it soon ended. 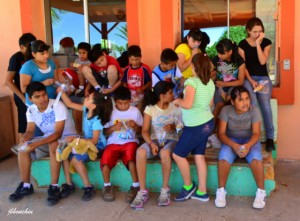 Meanwhile, back to that beautiful April morning when Mark took us to visit the kid’s home.  I had no idea what I was about to see, but I can assure you, I wasn’t disappointed.  It was quite a ride out to the place and I don’t think I’ve ever seen a sunken boat in the middle of the desert, but I guess there’s a first for everything.  When we arrived there were kids all over the place in various stages of high energy.

They all greeted us with smiles and holas.  They were clean, well dressed, for kids, and really appeared to be thriving in the place they were in.  We toured the dorms, meeting rooms, eating areas, computer rooms and best of all the lovely little chapel.  While the chapel was small and was not adorned with the usual stuff of chapels, it was beautiful in its simplicity.  A cross and a couple stained glass windows really sufficed.  It was a quiet, peaceful refuge until a couple young men decided to give us a concert with guitar, drums and vocals..  They were really pretty good and I can only assume they were singing religious songs.

As we were getting ready to leave, some of the kids were tossing a football around and kicking a soccer ball and of course, we had to 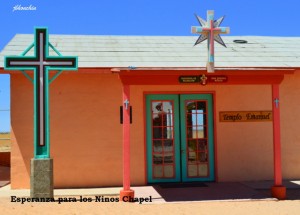 join in.  I hadn’t done that for a number of years and my body told me about it.  I can only smile, look back and say that I would do it again.

I would do it all again because it is such a great feeling to know these kids will go to bed and not have to worry where they will be, whether they will be fed and they know that no one is going to mistreat them.  You can see it in their eyes.  I can only hope 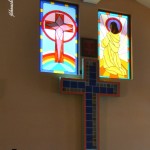 and pray that some people whose ego is more important than the welfare of the youngsters will not have the opportunity to ruin a wonderful experience here like they did in Cleveland.

No kid, anywhere in the world should have to live in fear.  Fear of the pain of starvation, pain of beatings and pain from the lack of a loving family.  I only wish I could do more to help, but as long as I am able, I will continue to try to help Esperanza, one penny at a time.  I hope those who read this will also do what they can to help.  After all, it’s for the kids.

I thank Mark and Barb for giving me the honor of joining those who help them.

And thank you, Jack, for your unique and touching perspective on life in Mexico.