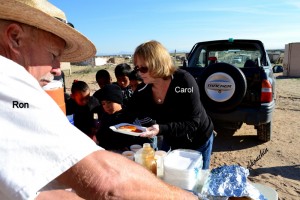 selfless efforts of several residents of our community and how they helped the needy in several different charities locally. We wrote about Ron and Carol Okinga who, among other charities they help, were showing up at a small new Church every Saturday to cook a pancake breakfast for the neighborhood kids. The Church is called The Good Samaritan Church of God. You can read our blog about the church as it was then at https://www.sonoranresorts.mx/?p=3155 .

Pastors Edgar and Alma Cabrera, originally from the Douglas, Arizona area started their church only last September, and with the help of good hearted community 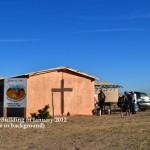 service people like Kory Bonini who put them together with the Okingas, and the efforts of others who spread the word, other churches in Arizona and New Mexico, even as far away as Spokane, Washington began to visit just to see how they could help with Edgar and Alma’s plans to build a larger church building made of block to replace the small chipboard building that existed when our last blog was written in January.

A Korean Church group out of Chandler, Arizona read our blog from January (the same story linked to above) and organized a mission of 12 members lead by Mike Chung who contacted Ron and Carol with the idea to have a hot dog cookout in May as an Outreach for the Christian community.  Local volunteers spread the word by fliers and word of mouth until response was so great they had to hold the event at the newly opened Christian Community Center out in the same area near Benito Juarez and 64th. The Korean church (TKPC) mission arrived with a large van of eager members, food and supplies. They served 450 hot dogs in one afternoon of joyful participation by kids and adults who came from all over that side of town. The Christian Community Center project came together through the dedication of Mark and Karen Higgens with Living Stones Ministries out of Colorado. 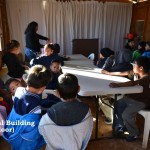 In the meantime, Saturday attendance to the pancake breakfasts continued to grow and so did the church membership. Some Saturdays they’ve had 60 kids for breakfast. Additional volunteers are helping on Saturdays when they can get down to Rocky Point, like María Romero, who manages Gila Bend Title and Registration Services, Tony Ballesteros, popular local photographer and of course, Kory Bonino, all good Samaritans for the benefit of the Good Samaritan Church! For the summer and for a change, they’ve been serving the kids cereal and 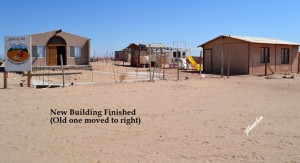 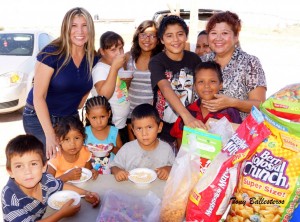 fresh milk on Saturdays, which has gone over quite well, as Tony’s photos prove.

Church groups from the U.S. began visiting in van loads to help with everything from pouring concrete, setting rebar, placing cross beams, setting foundations, bracing windows, about every phase of 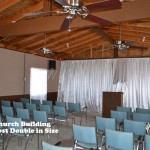 construction was accomplished by volunteers. 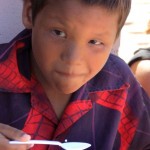 Edgar has held up to three jobs to bring in extra money to buy necessities for the church as well.

The result has been a miraculous feat of progress through dedication and hard work by many that is manifested in the new church building you see in the photo, with the original 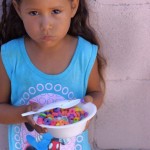 chipboard building off to the right that was literally lifted from its dirt floor and moved to the auxiliary position where it’s currently located. In its place is now a concrete foundation ready for building the second phase of the church.

The Good Samaritan Church of God; started with a prayer; followed with the miracle of dedication by good Samaritans from thousands of miles around. Bless you all!