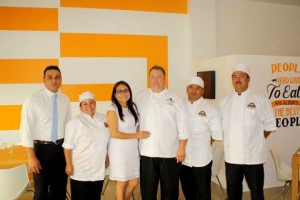 It’s not quite the third anniversary of his first successful endeavor as owner and chef of the fine Italian restaurant, Pane e Vino, and Chef Luca Appendino has opened a second establishment, Dolce Vita Restaurant and Bakery, that serves lunch and dinner and is designed for the downtown office crowd as well as his strong following of American visitors and residents. The restaurant operates side by side with the Bakery chock full of will power crushing sweet Italian delicacies. 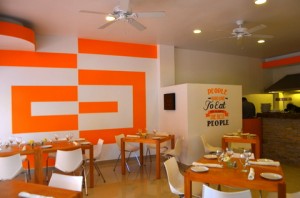 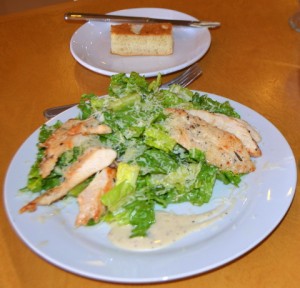 haute cuisine of Pane e Vino. The most obvious is lunch, not served at Pane e Vino. Second is the menu that caters to the price range of the younger working clientele and dishes that can be served up to meet their busy schedule (7-8 minutes) yet still be freshly made in the quality tradition of Chef Luca. You can order lunch or dinner as a takeout meal. Just call (638) 383-7222 for takeout or for
more information. You’ll be in good hands at Dolce Vita as he has moved his Sous Chef from Pane e Vino, Luis Alberto Valdez Nava, to be the chef at Dolce Vita. You may know Luis

Alberto as the popular chef at Brothers Pizza. 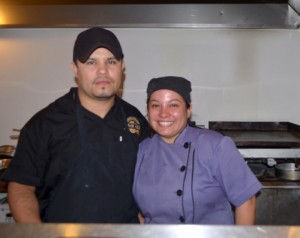 very Wednesday, Dolce Vita offers pasta specials that may include Manicotti, Carbonara or Bolinesa and dessert for just $10.00 USD.  Another fun way to save some money at this cool, clean little restaurant is to ask for one of their reward cards and after 6 meals purchased you’ll be entitled to a free dessert on your next visit…

…Which is a sweet segue  to the Bakery part of the operation. To the right as you enter the 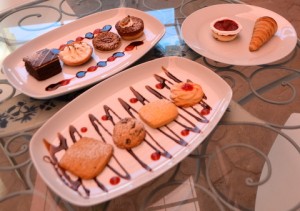 restaurant (or, the bakery has its own door as well) you can see the bakery and mouthwatering Italian sweets and dessert items on display. In fact, it operates separately from the restaurant because first, it opens at 10:30 AM until 9:00 PM; closed Mondays; and second, the bakery sells all its goods in quantity as well as for individual snacks, so you 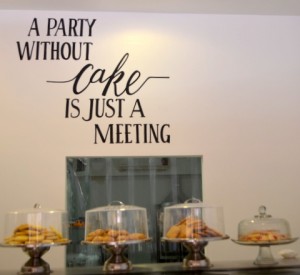 can stop by on your way home and fill a bag full of homemade Italian breads, brioche, peanut butter and chocolate chip cookies (plus others), mini pastries, Chocolatini (mmm…mmm delish chocolates filled with strawberries,

caramel or coffee). You can also get large cakes to order for weddings, or other special occasions.

Chef Luca feels lucky that Pastry Chef Irving de los Santos Reyes who he has known for years, was available and able to join him in the bakery. Chef Irving was the pastry chef at Hotel Quinta Real in Huatulco, Tabasco many years before moving to Puerto Peñasco as pastry chef at the Mayan and Las Palomas before they had to close their formal pastry operations.

Chef Luca seems to have that “magic” touch for preparing classy, scrumptious cuisine as noted by the instant success of his now iconic Pane e Vino Ristorante serving fine Italian and International dishes. Born in Turin, Italy, moved to San Remo at the age of 7, Luca began his formal culinary studies at just 14 ½ years of age, after  five full years graduating from one of Italy’s most 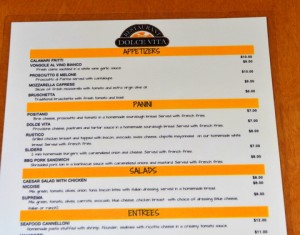 respected culinary arts schools. He was a gastronomical phenom by 21 as the chef for  several luxury resorts including the Five Star Mira Mar Resort and Three Pinni Five Star Ristorante of San Remo for six years.

Luca jumped the big pond in 2002 at the request of a long time family friend who offered him the chef domain of his five fine Italian restaurants in the Phoenix Valley called Tutti Santi where Luca served for eight years.   He met his wife, Karina, here in Rocky Point in 2010, became engaged the same year and they were married on October 26, 2013. She is a big part of his life and their businesses.