Arguably one of the most successful motorcycle rallies south of the border, the Rocky Point Rally attracts thousands of peaceful, fun-loving two- 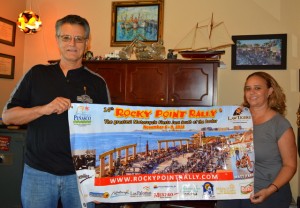 wheel enthusiasts from throughout Mexico, the U.S. and Canada who grace our streets and jump start our tourist season each November since 2001.

Since the dates this year are so close to the first of the month, we thought a preview in the October newsletter would be in order to help those planning to come down for the biggest party of the year in our little slice of paradise by the sea.

Beginning Thursday November 6, registration will be open from 10 AM until 5 PM at the Barclin Pemex station on the highway into Rocky Point. Just look for the huge inflated 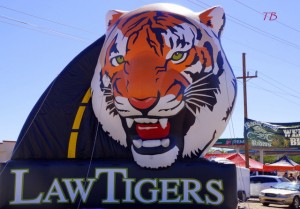 Registration is $15 USD, 100% of which is donated to the seven official Rally charities (Red Cross, Fire Department, La Montaña School for children with special needs, José Dávalos Home for the Elderly, George Papanicolaou for Women’s cancer testing and awareness and the Puerto Peñasco and Sonoyta offices of Integral Family Development (DIF). Over the years, more than $130,000 USD have been raised for these charities through registration fees and Mystery Poker Runs by the kind and generous Rally participants. In fact, the community benefits many ways from the major event. The organizing committee spends almost all their budget locally on such things as printing, website design, silk screening, stage sound and lighting and many other expenses. This is in addition to the thousands donated to charities from registration fees, the Poker run, Passport and Condo run activities. Last year over $10,000 US dollars were donated to these seven charities. 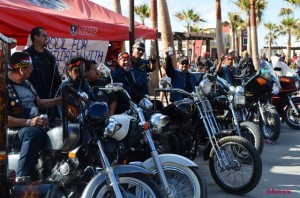 beach side community. Among the organizing committee members are Oscar Palacio Soto (one of the initial founders from 2001), his assistant Viry from Playa Bonita, Nora Palacio, a strong part of the George Papanicolaou group (who print up the official t-shirts),  the Puerto Peñasco Convention and Visitors Bureau, Fausto Soto and Russ Black for the Pinacate ride, Beverly Arrowood from Sonoran Resorts as the US volunteer coordinator, Shandra Keesecker-Rivero of RP360 as Rally Production Assistant, Law Tigers who handle the key promotions in the US, the City of Puerto Peñasco, Civil Protection, as well as all of the various sponsors who come on board each year, and the volunteers from the numerous charity groups, as they’ve also offered a number of ideas; and so many more.

The registration fee includes a bag of goodies that include an assortment of cool Rally stuff like official pins, patches, koozies and bandanas—plus one entry for a great prize to be drawn on Friday night at the Playa Bonita Beach Bash. The Mystery Poker Run winners will be announced on Friday as well.

For an extra $5.00 donation, you’ll receive a “Passport” to visit up to 50 local businesses who will stamp your passport and on Saturday night, the stamps, each with a mystery value, will be counted and the winner announced at the big concert.

Music has always been a major part of the rally, and this year the committee has really outdone itself with the quality and variety of the 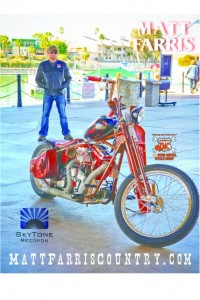 entertainment lineup which will guide listeners on a tour through blues, rock and roll, country and country rock with recording talent like Nashville artist, Matt Farris, himself a biker and past Rally attendee who’s featured at the traditional Friday night Beach Fiesta on the beach front patio of Playa Bonita Hotel from 5-8PM. 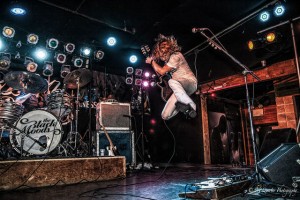 Sonoran Sea and Spa Resorts. The Black Moods, who took this year’s RCPM Circus Mexicus crowd on a raucous rock ‘n’ roll ride that included several of their hits and the patented high flying leaps of lead singer Josh Kennedy who seems to catch air with each beat, each note, leaving it all on the stage for his mesmerized fans!

After the kick-off party Thursday and beach bash on Friday, music always continues until the wee hours on Calle 13 by Rally staples, Pachuco Blues from Tijuana, accompanied by donut burnouts, wheelies and other feats of motorcycle skills along the street.

Saturday officially begins with the annual Bike Parade departing at noon in front of  Red Cross on Fremont. This year, the event will be a Bike Parade and Toy Run, and bikers are asked to bring a toy that will be collected at the parade site. The toys will be distributed to needy kids on January 10th, King’s Day in Mexico, when kids open their presents. Everyone who might be available that weekend is also invited to attend the festive event that puts a smile on the faces of hundreds of kids. 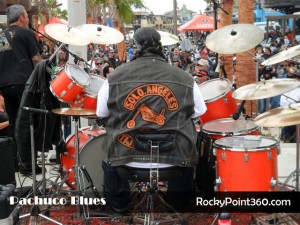 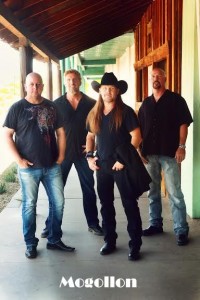 The parade will wind through the neighborhoods of Rocky Point as bikers pitch candy to the families and children lined up along the route, a tradition dating back to the beginning of the Rocky Point Rally. For the first time, this year’s parade will end up at the Malecón Governors Plaza, where the rows of columns are located across from the cement steps that also serve as amphitheatre-style seats for large events. Pachuco Blues will be playing all day and Matt Farris will appear  at 5PM followed at approximately 7:30 by Mogollon, the incredible country rock group of entertainers who have been one of the top groups in the west for decades. During this main event, Passport awards will be announced, and Miss Rocky Point Rally will be crowned.

Saturday night promises to be one of the best finishing events ever for the Rocky Point Rally, which is expected to attract up to 6,000 motorcycle riders and enthusiasts this year.